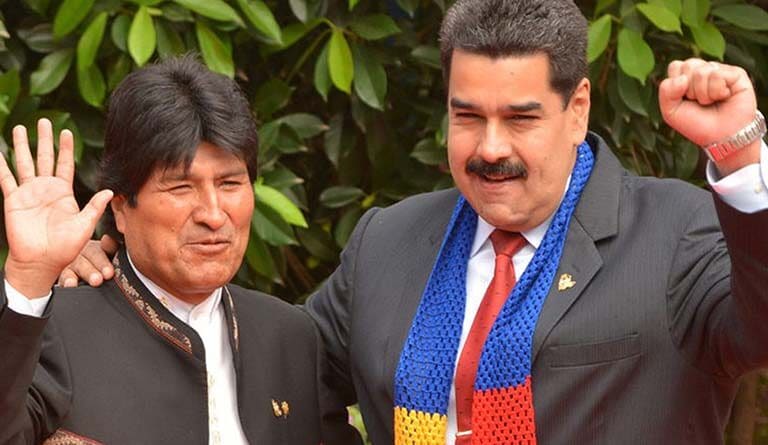 “A big hug Evo! All our solidarity for you and your family in these times of deep pain and mourning,” said President Nicolás Maduro, this Sunday, as a gesture of solidarity for the death of Esther Morales, the former president’s sister.

The Venezuelan head of state, showed his heartfelt condolences to the indigenous leader, through a message shared on his official Twitter account:

“I send my deepest condolences to our brother, Indian Chief of the South @evoespueblo, for the sensitive physical loss of his beloved sister, Esther Morales. A big hug, Evo! All our solidarity to you and your family in these moments of deep pain and mourning,” wrote President Maduro.

Esther Morales, was the older sister of the deposed Bolivian president whose house was burned during the coup d’etat that ousted Evo Morales, who thought of her as a mother. She died this Sunday at 70 years of age, victim of Covid-19.

Earlier, Morales regretted not being able to be with his sister due to the cruelty of the de facto government of Bolivia.

“Why so much hatred, racism and political persecution that prevents me from seeing my only sister for the last time. For me, Esther, was like my mother. History will judge them,” he wrote.