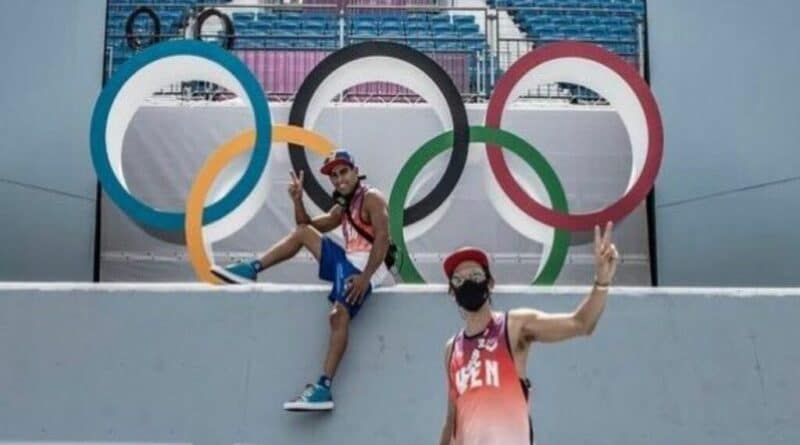 Venezuelan BMX freestyle champion Daniel Dhers, one of Venezuela’s Olympic hopefuls, reported on the morning of Wednesday, July 28, that his teammate Eddy Alviarez’s bicycle was stolen inside the Olympic Village.

In a live broadcast on Instagram, between laughs and full of Venezuelan good humor, Dhers recounted the events. He commented that they were simply following the daily routine of the competitors in this discipline, presented at the Olympics for the first time this year. They went to eat breakfast, and when they were finished, they found that the bicycle of the native of Catia (Caracas), Alviarez, had disappeared.

They expect it to be recovered
In the Instagram post, both Dhers and Alviarez were calm, and confident that the bicycle will be found as they have notified the Venezuelan Olympic Committee, which has already assumed responsibility for tracking it down. The site is equipped with numerous cameras, and it was indicated that the committee will likely be able to locate the bicycle. They believe it may have been taken in error.

The theory is that someone assumed that the bicycles were for common use, and took the Venezuelan athlete’s bike without his consent. In the next few hours they will provide more information about it, they added..

Featured image: Daniel Dhers (below) and Eddy Alviarez (above) posing next to the Olympic rings. Photo courtesy of RedRadioVE.