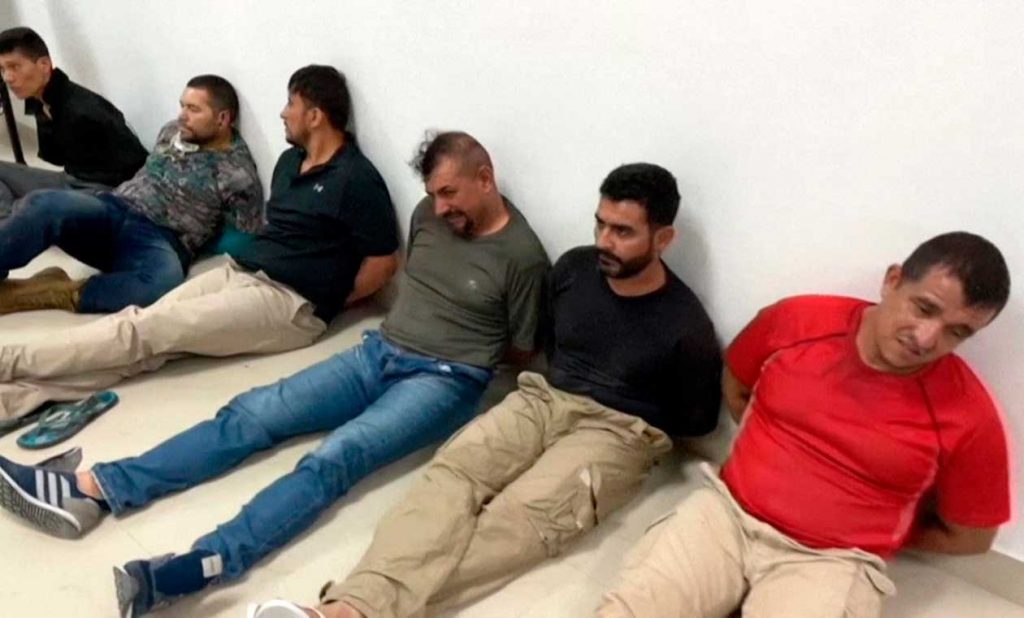 Since 2016, more than 900 social leaders have been killed in Colombia. Between 2020 and 2021, 78 massacres have been recorded, in which 292 people were killed. Since the beginning of the national strike, the figures of repression are grotesque: 84 people murdered, 75 disappeared, 3,274 detained, 1,790 people injured. With 70% of the world production, Colombia is the main producer and exporter of cocaine in the world, which is one of the main fuels with which the Colombian oligarchy and the Colombian State nourish their economy, generating a deep intertwining between the economy of crime and institutionality. Colombia is the South American country with the highest population displacement due to its internal armed conflict: more than eight million [internally] displaced people.

To all this context of corruption, severe social conflict, crimes against humanity and massive human rights violations, we can add the recent irrefutable demonstration of the export of mercenaries and the design of armed operations that attack the sovereignty and institutions of the continent: Operation Gideon against Venezuela and the assassination of the president of Haiti are the most recent milestones of this practice of the Colombian State, which demonstrates that it is a real threat to stability, peace, and democracy in Latin America.

This reality is systematically hidden by the transnational media powers. The great media of the planet, aligned to the strategy of domination of the elites who direct the power in the USA, maintain a complicit silence with respect to Colombia and its tragic reality. However, it is so grotesque and scandalous that the siege of censorship is breaking, and it has become world news that in Latin America it is not Cuba or Venezuela or Nicaragua that represent a real, extraordinary, and unusual threat to the security of the continent, but Colombia and its paramilitary and murderous narco-state.

That is why today the Colombian government is trying to use false positives against Venezuela to divert attention from its crimes, especially after its scandalous participation in the assassination of the president of Haiti.

Therefore, it is necessary to point out that the case of Haiti is not an isolated event or an autonomous adventure of a group of mercenaries, as they would like it to appear, but it is an action that corresponds to the role of gendarme that the US has assigned to the Colombian Armed Forces to intervene in different scenarios in South America, under various forms of proxy warfare, wherever the interests of the US financial and political elites and the Colombian oligarchy, eager for transnational economic expansion, require it. In this regard, it is enough to review the new Colombian military doctrine (what is known at least), to notice that it indicates a redesign of the strategic role of the Colombian Armed Forces deeply aligned to the US geopolitical doctrine for Latin America.

The Haitian case highlights this. But it is also evidenced by the use of non-state armed actors in the aggression plans sustained against Venezuela. We refer to the case of the recruitment by Colombian intelligence of sectors of the so-called FARC dissidents, to use them as an instrument to start a hybrid war such as the one attempted in La Victoria, Apure state, which, thanks to the determination and strategic clarity of the political and military leadership of the Bolivarian Revolution, has been neutralized for the time being.

This explains the false and tendentious accusations issued against Venezuela by spokespersons of the Colombian government, which are framed along the lines of fabricating a casus belli, continuing to create the conditions for a larger scale military aggression against the country.

In addition, there are other reasons, such as the need to distract the population of that country at a time of great popular mobilizations whose state response has been the most brutal repression, which has exposed before the world the anti-democratic character of the elite that governs Colombia. To this is added the political crisis of that elite: the adverse tendencies and possible negative electoral scenarios for the coming year 2022, in which a new president will be elected, and in which, in all polls and projections, alternative candidates to the narco-fascist political class appear as winners.

With respect to this oligarchy and the Colombian State, we in Venezuela cannot lower our guard. We must be clear that they are an instrument of the multidimensional aggression against the country, which has not stopped, but on the contrary is sustained and escalating in its levels of pressure. Our task, without losing sight of the movements of this adversary, must continue to focus on our battles: to fight against the blockade and build economic alternatives to overcome it, to strengthen popular, social and political unity at all levels, to maintain active preparation for defense.

Likewise, it is necessary to develop a Bolivarian policy for the border, in which, in addition to the military component, two key axes should be strengthened: the empowerment of the people of the border and the development of a strategic productive plan, focused and prioritized due to the strategic importance of this area of the country. It is essential that the words sovereignty, homeland, and territorial integrity, take on a concrete and material meaning beyond the ideological and symbolic for the inhabitants of the border. For this reason, a strategic border development plan is needed that emphasizes productivity, in alliance with the organized people and with private sectors of small and medium agricultural enterprises. It is a matter of building a wall of productivity and popular power that is impassable to any enemy, whether state or irregular. Only with the power of the people manifested in communes and communal cities, and under a solid civic-military union, will we be able to guarantee—in a permanent and sustained manner—sovereignty, peace and revolutionary democracy.