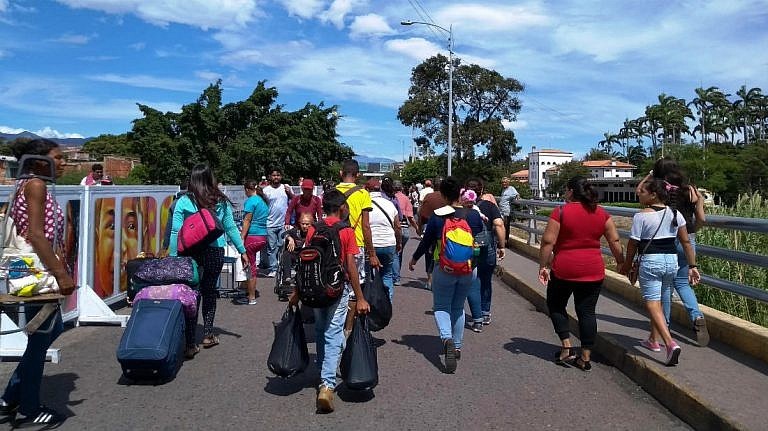 “There are governments that complain about the presence of Venezuelan migrants, but take advantage of their position that is exaggerated, in order to receive money from the United Nations Refugee Agency (UNHCR), others United Nations agencies and private funds,” said the internationalist Jean Paul Merzt on Thursday.

During the “Boza con Valdez” TV show that is broadcast on Venezolana de Televisión (VTV), he recalled that the International Organization for the Third Age along with Acnur, alotted almost 2 million dollars to solve the labor situations of refugees who are going to negotiate directly with governments that serve migrants.

RELATED CONTENT: Venezuela will Provide Civil Registry and Consular Services Online in the US Disregarding US Arrogance not Accepting Maduro’s Office of Interests Proposal (Communique)

“There is no direct control of how governments use money to establish conditions with Venezuelan citizens for their work,” Merzt said.

He stressed that not all migrant citizens are in the same conditions to receive help and are not in the statistics or do not arrive with a refugee status.

The internationalist pointed out that the Venezuelan abroad is blackmailed, making him/her believe that only by presenting an extreme situation or danger in Venezuela, can he receive some kind of support or benefit from the receiving State, thus becoming a business for those governments of the region who are receiving with those resources.