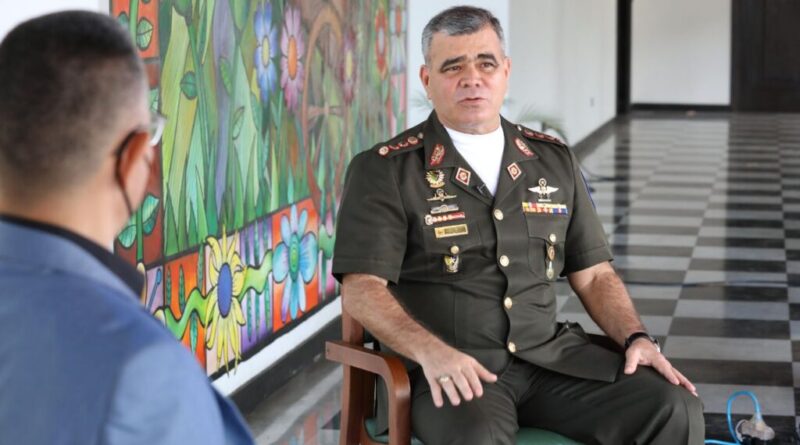 “We are going to denounce Colombia’s attempt to disable Venezuela’s weapon systems to the UN,” he said yesterday in an interview on the TV show Aqui Con Ernesto Villegas, hosted by Venezuelan journalist Ernesto Villegas.

RELATED CONTENT: Make the Comparison: COVID-19 Fatality in Venezuela vs. Other Countries

Padrino López confirmed that the neighboring country has become a base for paramilitaries and a center for conspiracies against Venezuela, and warned that if they act against Venezuela’s territorial integrity “they will encounter us, and I don’t know how far we could go.”

The Defense Minister reported that some 600 members of the Bolivarian National Armed Forces (FANB) have been contacted “by deserters managed by Colombian intelligence” to promote destabilizing actions or provide sensitive military information about Venezuelan defensive systems.

He added that Colombia has tried to bribe FANB members, and threatened the members “that if they don’t give them the information they ask for, their families may be at risk.”

Padrino López guaranteed that within the Venezuelan Army “there is perfect cohesion” to guarantee peace and national sovereignty. He said that the Army is at the service of the nation, “and not under any political bias.”