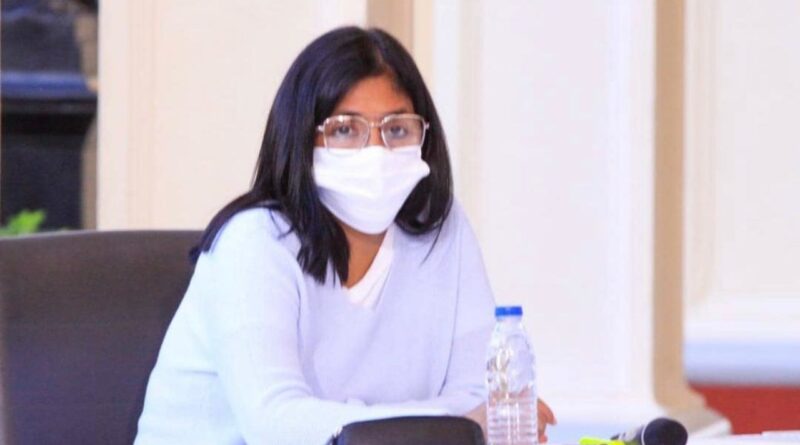 During the report on COVID-19 this Sunday, February 28, the Vice President of Venezuela, Delcy Rodríguez, explained how in the midst of the pandemic it has been revealed that “the capitalist model does not have the real capacity to satisfy the essential needs of human beings, and in this case, of the world’s population.” Compared to various capitalist powers, “Venezuela is setting a great example in the world,” in terms of the fatality figures for COVID-19.

“Venezuela has 47 deaths per million inhabitants,” said Rodriguez, addressing the president. “Every day that there is someone deceased, it hurts us, and you (President Nicolás Maduro) ask for the data for each mortality since the pandemic began in the country.” Rodríguez went on to make further comparisons using this figure.

“Spain has 1,478 deaths per million inhabitants,” she said. “Where they dare to pretend to give orders to our country, to attack and attack Venezuela. Here’s the example.”

Meanwhile, highlighted the Vice President of the Republic, “Venezuela is teaching a great lesson. The Venezuelan people, with their discipline and social commitment, are setting a great example in the world.”

RELATED CONTENT: When Will President Nicolás Maduro Get Vaccinated?

Rodríguez recalled that the country took steps very early. “One year ago the first case of COVID-19 had not yet reached Venezuela and you (President Nicolás Maduro) were already anticipating the events that were happening in the world, which allowed us to control the pandemic,” she said.

In the same way, she referred to the immediate action of the Venezuelan Government faced with the US criminal blockade when appointing a “Presidential Commission and Commission of scientists who were dedicated to the study of the behavior of the pandemic in the world, for the planning of the response in Venezuela.”

The Vice President of the Republic highlighted the importance of the public healthcare system. “The backbone has been the Barrio Adentro Mission, the Cuba-Venezuela cooperation, the articulation with the Popular Power that was deployed in the country with the Medical Health Brigades, the Bolivarian Militia, and the We Are Venezuela Movement. All the apparatus of the Popular Power governing in our country was also instrumental to the control of the pandemic.” These were Rodríguez’s conclusions when evaluating fatality rates around the world compared to those of Venezuela.