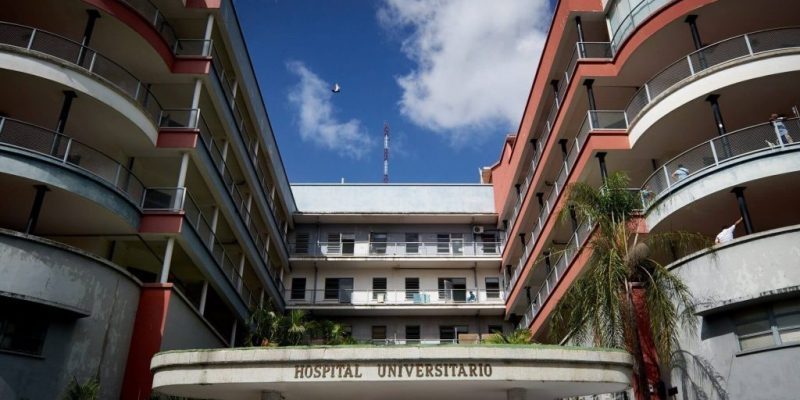 Luis Motta Dominguez, Venezuelan minister of electrical energy, denounced that the electrical failure that affected the “Hospital Clínico Universitario” during Saturday night was caused by a sabotage to the internal electrical system of the health center. “We detected in the internal equipment that a connector was cut, and this damaged a transformer.”

He indicated, in a telephone interview to the program “La Hojilla” of “Venezolana de Televisión”, that workers of the state electric power company Corpoelec have been working promptly and that a bridge was made bringing electricity through the Chaguaramos A7 circuit, restoring electricity in a wing of the Hospital.

Motta, who directs the restoration work in place with the Corpoelec team, reported that civil protection officials and members of the Bolivarian National Armed Forces were present there, who cooperated with the transfer of patients in emergency situations to other hospitals.

The minister said that this sabotage is part of the systematic attack against the health sector, as was the arson on Thursday at the warehouses of the Venezuelan Institute of Social Security in Guarenas.

This attack among the fire in the IVSS warehouse in Guarenas and the destruction of Almando Reveron statue in Caracas might be an evidence of a foquista-fascist strategy initiated by extremist right wing factors from Venezuelan opposition in desperation after the successful inauguration of President Maduro.

The aforementioned hospital is located in the University City of Caracas, campus of the Central University of Venezuela.