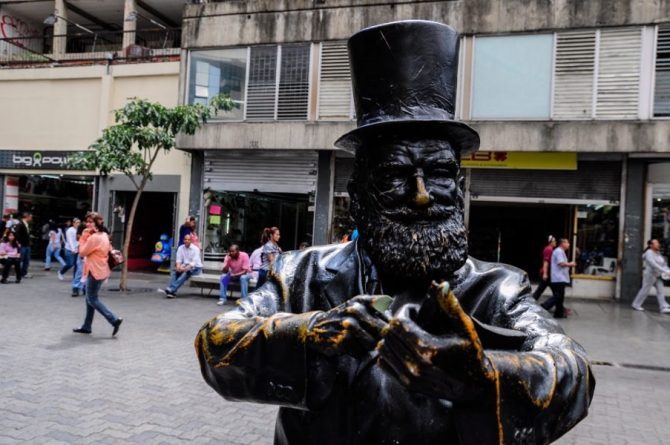 The Minister of Popular Power for Culture, Ernesto Villegas, informed on Saturday about the cultural crime perpetrated against the statue of the Venezuelan artist, Armando Reverón, located on Sabana Grande boulevard, in Caracas.

Villegas, highlights that according to witnesses present at the place, the event took place on Friday night, “on the part of elements that uttered cries against President Maduro.” He pointed out that this fact could be caused by: “elements consciously or unconsciously infected by the virus of neofascism, which is characterized precisely by the contempt for culture.”

He indicated that the staff of the Institute of Cultural Heritage and PDVSA La Estancia, were present at the site and removed the remains of the monument, which are evaluated by specialists. Minister Villegas pointed out that the restoration and replacement of the monument prepared in memory of the master of light, Armando Reverón, has already been ordered.

He also added that the cultural crime against the statue of the Venezuelan painter was accompanied by the attack on the playgrounds along the boulevard for the enjoyment of children, “this other act is also repudiable, which attempts against the best interests of Boys and Girls, consecrated in our legal system.”

“We call the community to repudiate this type of irrational practices that undermine the cultural identity and heritage of all Venezuelans,” he exhorted.