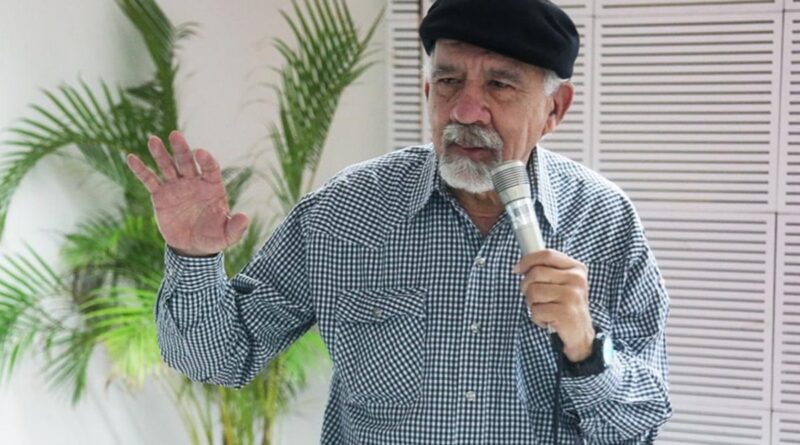 The disappearance of Carlos Lanz, a sociologist and political leader of the Venezuelan left, has kept his family and friends in suspense, they say that the ex-guerrilla never left without notifying someone around him. “My father does not have the habit of going out alone, he is one of that old guard of an ex-guerrilla who has had his discipline for many years, he is not able to leave without warning or to leave alone unless someone he knows has summoned him,” his son, Alex Lanz, told Sputnik.

On August 8, Lanz was at his home in Maracay, capital of the state of Aragua (north), when his wife went out like every Saturday for weekly groceries. Upon arrival, Lanz was gone and immediately the alarms went off in the family.

“This is an abnormal and atypical situation in the last twenty years; he is not going to disappear like this, he is not going to go out alone or anything, my sister notices the situation, her alarms go off and in the afternoon she checks her computer and sees that his last connection was at 9:45am on Saturday,” his son added.

The disappearance occurred between 10 a.m. and 11 a.m. that day.

After 24 hours the complaint was formalized before the Scientific, Criminal and Criminal Investigations Corps, and images began to circulate on the networks in which the relatives asked for any information about his whereabouts.

On social networks, his son ruled out that the disappearance of Lanz could be related to a cognitive degenerative disease such as Alzheimer’s or dementia and said that his father is fully active.

Lanz is a man tireless in word, critic, creator, some of his friends told Sputnik, who claimed to have known him for more than 40 years, but who preferred not to be identified.

Strange disappearance
Lanz’s son told Sputnik that his father always wears a cap to go out and all of them remained intact in his house. He also did not take with him his diabetes medicine, without which he cannot be without for more than 72 hours, nor did he take the breakfast that his wife left him.

Alex Lanz assured that he does not have any compelling evidence that there was any threat to his father, recognized for his political performance and closeness to former President Hugo Chávez (1954-2013).

The ruling United Socialist Party of Venezuela (PSUV) sent a message of solidarity to his relatives and assured them that it will join the search efforts.

Alex, along with his sisters Nela and Abyayala, published a statement on social networks in which they demand the appearance of their father alive and stress that the government has the necessary tools to increase their search and make it more exhaustive.