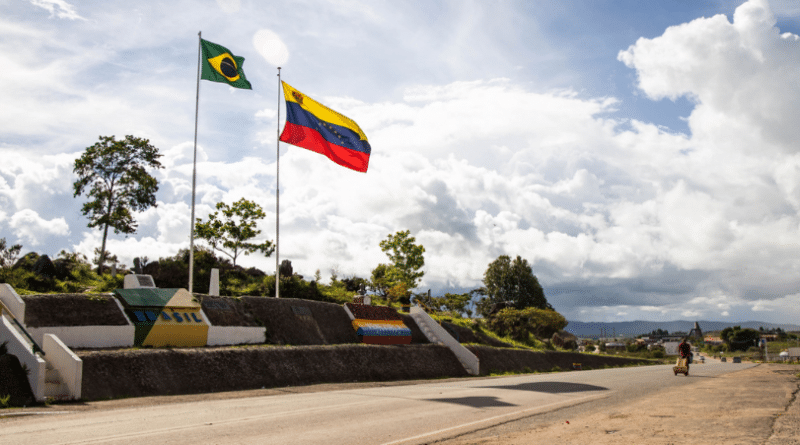 This Monday, the Governor of the Venezuelan Bolívar state, Justo Noguera Pietri, reported that, in compliance with the instruction of Venezuelan President Nicolás Maduro, the border with Brazil was reopened. “As the executive branch announced, in the border municipality, Gran Sabana, Santa Elena de Uairén parish, the curfew was also lifted,” the regional authority announced.

Noguera Pietri assured that he remains committed to enforcing all the necessary rules to protect the people from COVID-19. “The health protocols will be complied with more rigorously, to avoid infections and guarantee a December of peace and tranquility together with the family,” he said, referring to the COVID-19 catastrophe in Brazil, which has recorded the second most deaths worldwide due to the pandemic (173,000), following the United States (274,000).

The highest regional authority explained that the State security forces will maintain order and control in compliance with the established schedules and respect of bio-safety protocols in the eleven municipalities of the region, with the greatest influx and rigidity in Gran Sabana municipality because it is a border municipality. The deployment of officials is complete and includes national, state and municipal police, Sip-Bolívar, FANB, FAES, CICPC, as well as intelligence agencies.

These border municipalities as well as others in Apure and Táchira states were in lockdown since March due to their proximity to Colombia and Brazil, two countries heavily affected by the COVID-19 pandemic. These were the few lockdown measures imposed in Venezuela, where the majority of COVID-19 protocols have been complied with on a voluntary basis. The border crossing points with Brazil were also closed since that date.

Likewise, the Santa Elena de Uairén International Bus Terminal began operation, with a high influx of passengers, as in the Angostura del Orinoco and Caroní municipalities there is a great demand to travel to the Gran Sabana municipality. All the terminals of the different municipalities have been opened and comply with biosafety protocols.

Justo Noguera Pietri concluded with a request to the public for greater understanding, respect and responsibility regarding the use of a facemask, social distancing, constant hand-washing, and seeking medical attention if any suspicion arises of having been infected with COVID-19: “If we take precautions our Christmas and New Year’s will be pleasant.”

Featured image: There’s no wall or fence between Venezuela and Brazil, and there’s just one road between the two countries. Two flags mark the divide. Credit: Rupa Shenoy/The World