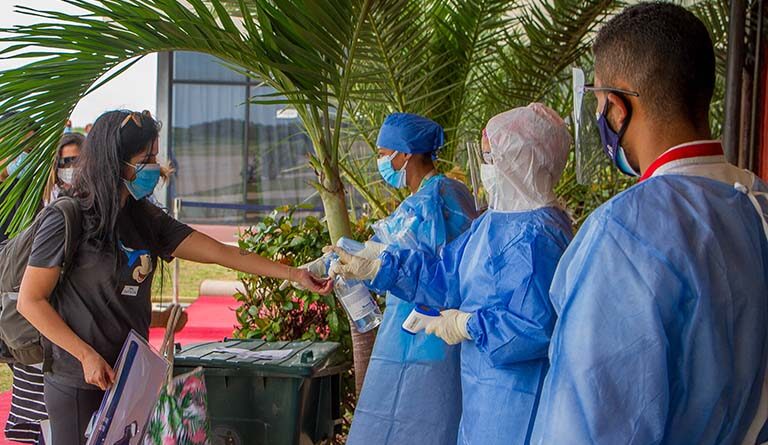 Returning from the island of Aruba, 141 Venezuelans including ninety men, fifty-one women and three children, landed at the Josefa Camejo International Airport, located in Falcón state, the fourth wave of compatriots returning to the country in humanitarian flights.

Henry Hernández, Secretary General of Falcón, indicated that, as part of ongoing efforts by the Foreign Ministry of the Bolivarian Republic of Venezuela, the State Government led by Víctor Clark, and the country’s consulate in Aruba, “for the fourth time we’re receiving  nationals who were in various situations on the island of Aruba.”

The arrival of the compatriots took place on November 28 in the afternoon, thus strengthening the care policy that the regional government has developed for the reception of Venezuelans from abroad, adhering to all biosafety protocols, and providing the medical equipment needed for epidemiological screening.

He also reported that the fellow Venezuelans received were subjected to PCR tests upon leaving the island, which were negative.

“These Venezuelans will go on to thirteen states of the country, we’re guaranteeing that they can return in the healthiest way to meet their families under the best possible conditions,” he said.