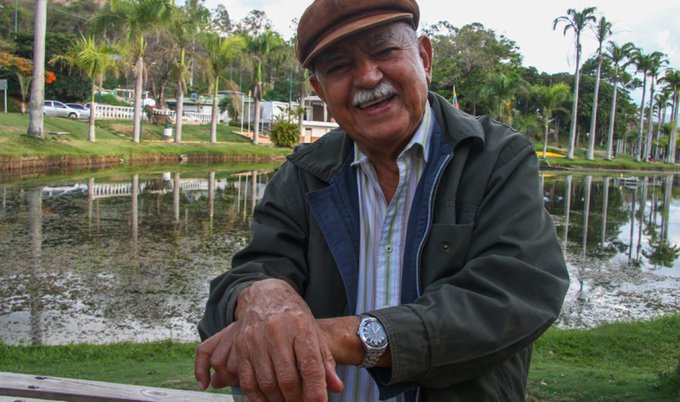 This Monday, October 25, the revolutionary leader and member of the Political Council of the United Socialist Party of Venezuela (PSUV), David Nieves, passed away. The news was announced by the Minister for Culture, Ernesto Villegas.

Through the Twitter platform, Villegas highlighted the outstanding political and revolutionary career of Nieves, who was a political prisoner and tortured during the Fourth Republic, the political era when right-wing political parties controlled Venezuela, after the dictatorship of Marcos Pérez Jiménez, and prior to Hugo Chávez’s administration.

“It hurts to write about the physical departure of David Nieves, a good man,” stated Villegas. “We thank life for putting us in his path, because of his smile, courage, and affection.”

A complete revolutionary, he was a guerrilla, a political prisoner, deputy of the Socialist League, and a member of the Political Council of the PSUV.

“Honor and glory!” added the minister.

David Nieves was born on January 22, 1940 in La Pastora, Caracas. He was an opponent of the dictatorship of Marcos Pérez Jiménez, distributing leaflets in defense of freedom at that time. He joined the guerrillas at the beginning of the 1960s and served as a leader in the Ezequiel Zamora guerrilla brigade, on El Bachiller ridge in Miranda state.