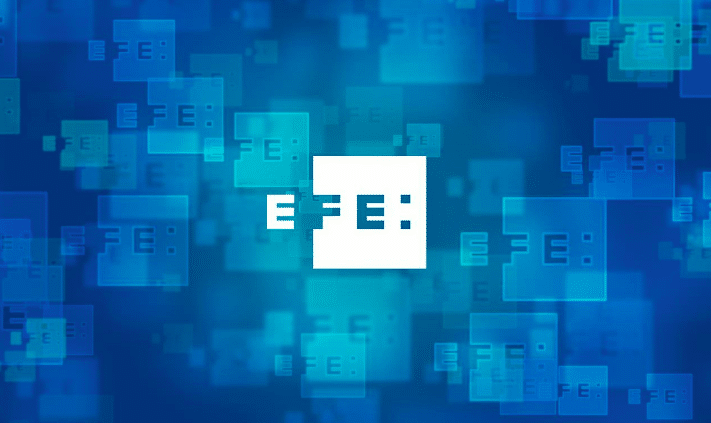 The Spanish news agency EFE reported though its Twitter account that former deputy “Guaidó proposes to negotiate with the Venezuelan government and advocates lifting the sanctions.”

The headline adorned with the animated gif format image displaying “Breaking News” is the smooth and convenient read of what was a 5.40 minute display of threats and blackmail by the former deputy of the National Assembly.

The information is such a deliberate makeup and that so without context, that Venezuelan Foreign Affairs Minister Jorge Arreaza did not let it pass without a comment. This was within the context of a revival of political realignments, negotiations and talks between Chavista forces and Venezuelan opposition sectors and also among themselves regarding the preparations for the upcoming Regional Elections (for governors and mayors), expected to be held in December 2021. It is expected that hard-core anti-Chavista forces would be participating in the elections, despite their reiterated claims of not trusting the Venezuelan electoral system.

The top Venezuelan diplomat responded with a question: “He advocates for lifting the sanctions?” Reminding the agency that it must be better informed, Arreaza continued, “That gentleman [Guaidó] and his bosses in Washington are THE ONLY ONES RESPONSIBLE for the sanctions that have generated suffering in Venezuela.”

With such an incredible omission while reporting Guaidó’s latest message, Arreaza requested EFE to have “a minimum amount of quality and respect for your readers!”

“In fact, he (Guaidó) was one of the principal petitioners [of the sanctions],” the Venezuelan minister concluded his response to the agency.

Guaidó’s new revival plan
This Tuesday, May 11, former deputy Guaidó disclosed with airs of epic novelty his new plan to restore democracy in Venezuela, an expression that in opposition newspeak is the same as overthrowing the government, but this time evidently abandoning his 3 step mantra.

In less than 6 minutes, the former deputy summarized the structure of a plan that consists of drawing up a National Salvation Agreement that would have the objective of calling a general election.

In this initiative will participate the imaginary interim government, “the factors that sustain the regime,” and the international community, thus especially highlighting the main players in international geopolitics.

At no time during his discourse did the former deputy mention the Venezuelan people, and almost always put the international actors first before the local ones, revealing the order of his priorities.

This exhibition by Guaidó was a rare bargain offer with an inconvenient ingredient of threats “to the Dictatorship.”

He suggested lifting the sanctions as a bargaining chip to force the government to surrender.

Datanalisis’ Luis Vicente León does not see how can Guaido make such a proposal
Luis Vicente León, president of the poll firm Datanálisis and a sworn anti-Chavista, sent a clear message to former deputy Juan Guaidó and his latest revival plan. According to León, the so-called National Salvation Agreement is not for Venezuela but for the revival of Guaidó’s own political image.

“It is obvious that the opposition today does not have enough strength to propose an all or nothing negotiation,” wrote León in his most recent article published by local digital media. “It is not about wishes but about realities. Repeating the recipe will take you to the same empty plate,” he warned.

He also stressed that currently the opposition “does not have enough strength to credibly threaten Maduro’s stability at this time (as it has not been able to do so in all these years). The result of two years of speeches, threats, mismanagement of state resources abroad and sanctions is a convincing demonstration.”

In this sense, Leon emphasized that “the Maduro government is neither near its end, nor is it desperate to negotiate an ‘orderly exit’ from power.”

For León, “the story that Chavismo wants to negotiate its golden exile and forgiveness only exists in the imagination of those who prefer their own desires over reason.”

In other words, Guaidó should understand that “wishes are not enough,” as goes the popular saying.