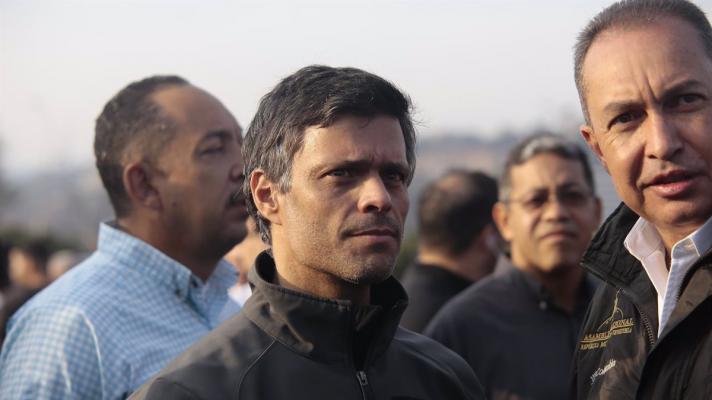 Venezuela’s Public Ministry initiated a formal request to the kingdom of Spain to return Leopoldo López to Venezuela through an extradition process. This statement was made before the 5th Execution Court of the Metropolitan Area of ​​Caracas, which sent the file to the Criminal Chamber of the Supreme Court of Justice, according to its accounts.

The extradition request is related to López’s alleged participation in Operation Gideón, a project aimed at overthrowing the government of President Nicolás Maduro, a judicial source said. This plan was launched on May 3, 2020, but was thwarted by security agencies that intercepted the first wave of the attack, composed of civilians and soldiers, both Venezuelans and US citizens, who tried to enter Venezuela through the coast at Macuto, in La Guaira state.

However, before Operation Gideon, Leopoldo López participated in the failed coup of April 30, 2019, when a group of opposition deputies seized the Altamira bridge, next to the Generalissimo Francisco de Miranda Air Base, located in La Carlota, in the municipality of Sucre in Miranda state. That day, Deputy Juan Guaidó announced through a video, along with Leopoldo López, both of the Popular Will party, that they were at the military base accompanied by a group of insurrectionist soldiers, when in reality they were with a very small group of military defectors outside the military base. By midmorning the coup deflated with the withdrawal of most of the committed military. The then-Director of the Bolivarian National Intelligence Service (SEBIN), Manuel Cristopher Figuera, who freed López in the early morning of that day (April 30), fled to the United States.

Now the magistrates will analyze those circumstances to determine if the extradition request meets the requirements and, if so, they will declare the proposal to be valid. To prepare a provisional sentence containing the final decision, the Criminal Chamber appointed magistrate Elsa Gómez Moreno, according to their social media accounts.