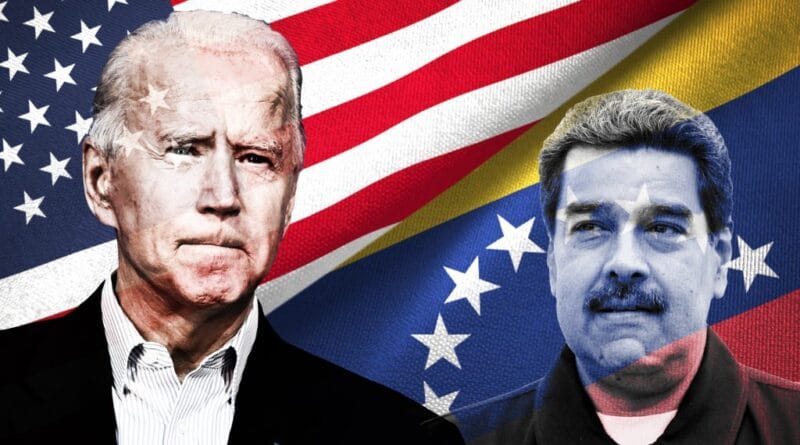 Has the Biden administration quietly given up on recognizing Juan Guaidó as the President of Venezuela?

Not yet, but they will. They know they picked the wrong horse for destabilization and “regime change” but they have to find a way to dump him while saving face.

Venezuelans, including the opposition, have no love for out-and-out traitors. Poor “Juanito” (“Little John”, as he’s known here) has found himself in a very very dark place, despised by his fellow citizens, impossible to show his face in the streets anymore, directly responsible for many deaths when grandstanding with his compañero, Leopoldo López. They led kids into the violent guarimbas, and Guaido named himself “interim president,” setting up a “parallel government” in exile in Colombia.

RELATED CONTENT: Did the White House Turn Its Back on Guaidó? – Juan Gonzalez’s Comments (Director of Hemispheric Affairs)

With funding from the the CIA, US State Department, and NED (National Endowment for Democracy) helping them to rob US-based CITGO, Venezuela’s biggest foreign asset ($30 billion), urging London to refuse repatriation of Venezuela’s gold, and calling for a US military invasion of his own country —for any Venezuelan, what’s not to like? (rhetorical).

Going back to your question, so what do Biden and Blinken do with this ahh, problem? What’s their easiest solution? Will they… can they… go on CNN or announce in a press conference that US foreign policy for Venezuela bet on the wrong horse? C’mon, that’s not their style.

I tend to agree with a number of other analysts pondering this problem who say that Juanito is in a very dangerous position, whether he’s aware of it or not. I won’t be at all surprised if he has a tragic accident or disappearance blamed on the Maduro government. Or maybe the new Biden regime will just wash their hands of him, talk Spain into giving him asylum, and blame Trump for promoting him.

Either way, he is far past his “best-before” date.