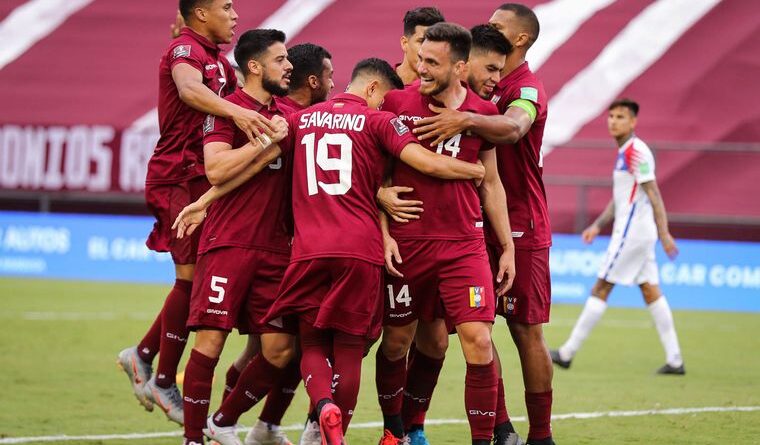 Venezuela won 2-1 over Chile this Tuesday on the fourth day of FIFA South American Qualifiers, played at the UCV Olympic Stadium in Caracas.

Following the victory, Venezuela remained in eighth place in the qualifying table with three units, while Chile, after the defeat, remains with four points and in sixth position.

Following a free kick, in the ninth minute of the match, Venezuela’s Luis Mago approached the goal defended by Claudio Bravo, and scored the first goal.

Meanwhile, watch this delicious delivery from Soteldo. Rondón gets on the end of it like the seasoned pro he is. #Vinotinto #Eliminatorias 2-1. pic.twitter.com/MQ9gBPCP1x

The goal was matched by the Vinotinto at minute fifteen of the game on a play by Arturo Vidal.

However, at minute eighty-two of the second half of the match, Salomón Rondón scored the second goal for Venezuela’s team, led by manager José Peisero, to seal the victory.

With this win Venezuela now has three points in the qualifying rounds, after falling to Colombia (3-0), Paraguay (1-0) and Brazil (1-0). On the next and fifth match, on March 25 of next year, Venezuela will host Ecuador, while Chile will host Paraguay.