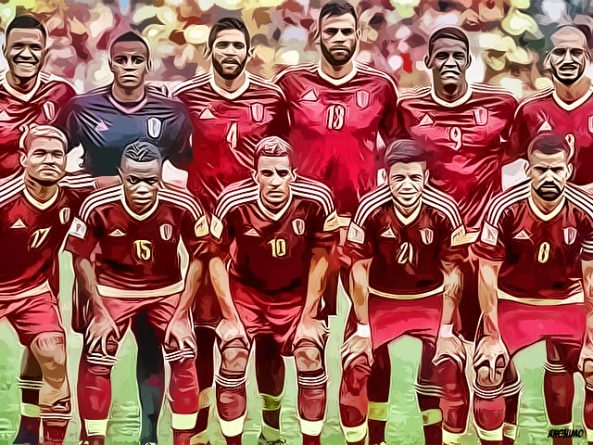 The Venezuelan soccer team landed on Brazilian soil with the third youngest team in the Copa América 2019. Among “Los Chamos” are some of the players who were part of that dream team winning the second place in the U20 World Cup, Korea 2017. Now they have the mission to defend the colors of the senior shirt in the 46th edition of the oldest soccer tournament in the world.

Venezuela shares Group A with host Brazil, Bolivia and Peru, against the latter they will debut this Saturday, June 15 at 3:00 p.m (Venezuela time) at the impressive Arena Do Gremio stadium in the city of Porto Alegre.

La Vinotinto aims to improve its participation in the Centennial Cup of America 2016, where it reached the quarterfinals and surpassed the fourth place reached in Argentina 2011. In its last friendly matches it has a positive balance: it beat Messi Argentina, it scored goals 3-0 against the United States, defeated Ecuador and fell to Mexico.

Venezuela, along with Ecuador, are the only South American teams that have never raised the Copa América. With their participation this year, it will be 18 times that the Vinotinto has been in this contest. The national team organized this continental event in Venezuela – 2007; in that edition it reached the quarterfinals.

Among the outstanding figures of the national team are 21-year-old goalkeeper Wuilker Fariñez, this will be in his third Copa America, but in the previous two he wasn’t titular. They also include strikers Salomón Rondón and Josef Martínez, who have taken outstanding marks on their respective league teams.

RELATED CONTENT: This is Maduro’s Message to the Sub-20 Soccer Team

Vinotinto Matches in the Groups Phase