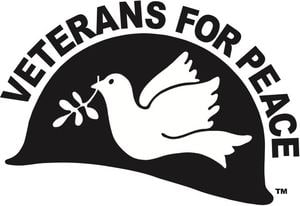 Opinion Solidarity and US Social Movements
May 22, 2020May 22, 2020 orinocotribune mercenaries, Operation Gideon, us military aggression, US Sanctions, Venezuela, Veterans for Peace

Veterans For Peace condemns the ongoing U.S. attempts to overthrow the democratically-elected government of Venezuela. The May 3-4 mercenary incursion into Venezuela has U.S. fingerprints all over it. Two former U.S. Special Forces soldiers were captured in the naval assault, and a Special Forces veteran in Florida has claimed credit for organizing the botched coup attempt.

President Trump denied that his administration had anything to do with the attack, saying “If we ever did anything with Venezuela, it wouldn’t be that way. It would be slightly different. It would be called an invasion.” Trump’s denial rings hollow. Secretary of State Mike Pompeo and U.S. Special Envoy for Venezuela Elliott Abrams have made it clear they will use any and all means to topple Venezuela’s government and destroy the Bolivarian Revolution for independence.

The U.S. has established an illegitimate government, without elections, wtih rightwing politician Juan Guaido. They have imposed crippling economic sanctions that have caused the deaths of over 40,000 Venezuelans. They have encouraged Venezuelan military officers to rise up against their own government. They have facilitated the training and arming of counter-revolutionary, irregular forces near the Venezuelan border in Colombia. They have created violent border incidents involving the delivery of “humanitarian aid.”

Most recently U.S. Attorney General Barr announced the indictment of Venezuelan president Nicolas Maduro on trumped up drug trafficking charges, and compared it to similar Department of Justice actions prior to the U.S. invasion of Panama in December 1989. (There is no evidence that Maduro is involved it drug trafficking. On the other hand U.S. prosecutors announced new charges linking Honduran President Juan Orlando Hernandez to real drug trafficking, but he still has the support of the current Administration. Hypocrisy.) A bounty of $15 million was then offered for the arrest of President Maduro. So it is no surprise that the stated purpose of the mercenary assault was to kidnap President Maduro and bring him to the United States.

“Plausible deniability” is not very plausible in this instance, as President Trump demands that Venezuela releases the U.S. veteran mercenaries. Instead, Venezuela has charged them with terrorism, conspiracy and violations of Venezuela’s sovereignty.

It would be bad enough if these illegal actions were being carried out by an unhinged U.S. president and his fanatical cronies. But there have been no complaints from the leaders of either major U.S. political party. The presumptive Democratic candidate Joe Biden has expressed his support for Trump’s regime change campaign in Venezuela, and the faux-president Juan Guaido received a bipartisan standing ovation at the State of the Union address.

Faced with the deadly worldwide Covid-19 pandemic, the UN General Secretary and UN Commissioner on Human Rights are calling for a global ceasefire and an easing of economic sanctions. The U.S. government is doing just the opposite – imposing additional deadly sanctions, covering for mercenaries, and threatening military intervention. (Sign Veterans For Peace petition to support the global ceasefire.)

As veterans who have learned hard lessons from too many U.S. wars, we are appalled that some U.S. veterans are now playing Rambo in South America. And we are outraged that the U.S. policy of intervention and regime change has created the conditions for them to do so. We call on the U.S. government to reverse course and end its war against Venezuela before even greater damage is done.

WE DEMAND that the U.S. government stops all military aggression against Venezuela and withdraw its warships from its coast.