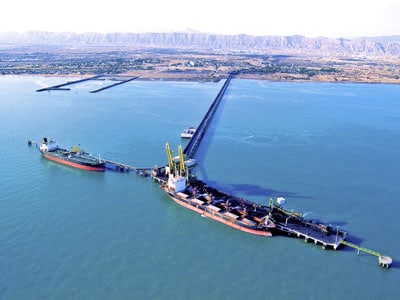 Yesterday a Venezuelan investigative news website posted on its twitter account a thread on the Iranian oil tankers heading to Venezuela to ease the terrible humanitarian situation of gasoline shortages as a consequence of US illegal sanctions.

Many Venezuelan political analysts agree with La Tabla and talk about an estimate of 1.5 to 2 million barrels worth 45 to 50 million dollars. Chavista commentator, Mario Silva, also estimates that under current circumstances the gasoline might last 3-5 months, more than enough time to allow Venezuelan authorities to make the necessary repairs to the main refineries that will allow them to recover normal gasoline production in Venezuela.

Below, the most relevant elements published by La Tabla’s editor Victor Hugo Majano:

#Gasoline The Iranian tanker #Clavel, the last of the five gasoline ships that #Iran sent to Venezuela, has crossed the strait of #Gibraltar and is entering the Atlantic Ocean, according to the most recent report #20MAY (10 am in Caracas) of the AIS identification system.

Besides “Clavel”, the other four tankers on the way, from the port of Bandar Abbas, are Fortune, Forest, Petunia and Faxon, in that order. They are all in the Atlantic but their location is not public, because for security, they have “turned off” their GPS identification systems.

The 5 tankers have a capacity of 175 thousand metric tons, which converted to barrels (1 t gasoline = 8.5 barrels) is 1,487,500. Its value is $45 million. This is data from financial information agencies based on projections according to vessel dimensions.

RELATED CONTENT: Iran Promises the US a Forceful Response if it Prevents Oil Tankers From Entering Venezuela to Alleviate Gasoline Shortages

The route followed by the convoy from Bandar Abbas is the Persian Gulf, bordering the Arabian Peninsula, the Red Sea, the Suez Canal, the Mediterranean Sea, the Strait of Gibraltar, the Atlantic Ocean and the Caribbean Sea. The final Venezuelan port of destination has not been reported yet. See estimated route map.

These are location data of the other 4 tankers according to the latest AIS report:

Iran has expanded its refining capacity in recent years and is estimated to produce 74 million liters / day of gasoline, but it still has a significant deficit. Since the end of 2019, it has taken measures to increase prices and monthly consumption ceilings. The gasoline they send is gasoline they need.

It is worth remembering that in 2009 President Hugo Chávez approved the sale of 20 thousand barrels / day of gasoline to Iran in order to help reduce its then estimated deficit by 40 percent. On that occasion, the United States mobilized the UN Security Council to avoid exports and approved sanctions on PDVSA in 2011 as a direct result of this gesture of solidarity.