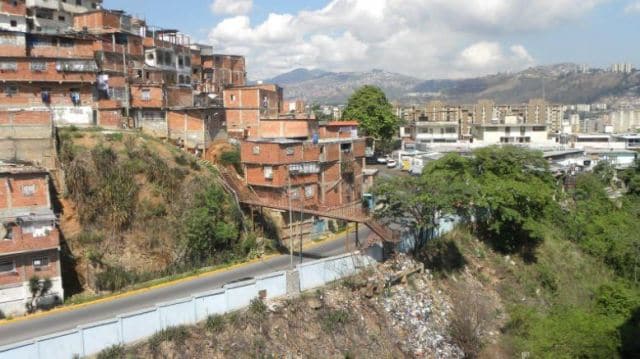 This Thursday, January 28, a violent clash was reported in the barrio Cota 905, in Caracas, as a result of an alleged confrontation between criminal gangs.

This was reported by the journalist Román Camacho on his Twitter account. Other internet users reported that bursts of gunfire were heard nearby, and that vehicles were returning to the Plaza Páez in El Paraíso.

Camacho also added that the confrontation took place after Bolivarian National Police (PNB) officials on four motorcycles were victims of an ambush, for which they mobilized armored vehicles for a rescue operation.

RELATED CONTENT:Shootings in Petare (Caracas) – A Diversion to Facilitate the Mercenary Incursion

During this operation a uniformed man was slightly injured and is in stable condition. The police force presumes the confrontation involved the Coqui, Garbis and Vampi gangs, all of them heavily connected with Venezuelan and Colombian paramilitary groups, and—according to analysts—to US intelligence including the Drug Enforcement Agency (DEA).

Up to two hours after the start of the confrontation, internet users who identified themselves as residents of areas surrounding Cota 905 were reporting on social media that gunfire continued, and that officials of the State forces had arrived to combat the dangerous situation.

“This has been the most intense confrontation we’ve recorded in the last four years,” said the editor of Orinoco Tribune, Jesus Rodriguez-Espinoza. “Military armaments were used, causing alarm among residents of the surrounding areas, like La Vega, El Paraiso, and Villa Zoila,”

“All vehicle transit was closed around the Plaza Madariaga area and also at the Avenida Paez in El Paraíso,” Rodriguez-Espinoza added. “Trucks were seen carrying National Guard forces mobilized to confront the paramilitary groups that were using heavy weapons… The confrontation lasted at least two to three hours with heavy exchanges of fire, and even around midnight sporadic gunfire could be heard coming from more distant areas (La Vega), and also from nearby.”

Venezuelan National Guard headquarters are located just in front of the Plaza Madariaga were the confrontation occurred.

Last May 2020, just before the beginning of the failed Operation Gideon—consisting of the disembarking in the bay of Macuto (Miranda state) and Chuao (Aragua state) of mercenaries trained in Colombia under direct Washington supervision, with the goal of kidnapping or killing President Nicolas Maduro—a similar incident was reported in the east of Caracas, in barrio Petare, for several days. Many analysts agreed that there was a connection between that incident and Operation Gideon.

Recently Venezuelan deputy Freddy Bernal announced the unveiling of another terrorist plot—Operation Red October—again originating in Colombia, with Venezuelan terrorist groups aiming at the assassination of high-ranked Chavista officials including Bernal himself.