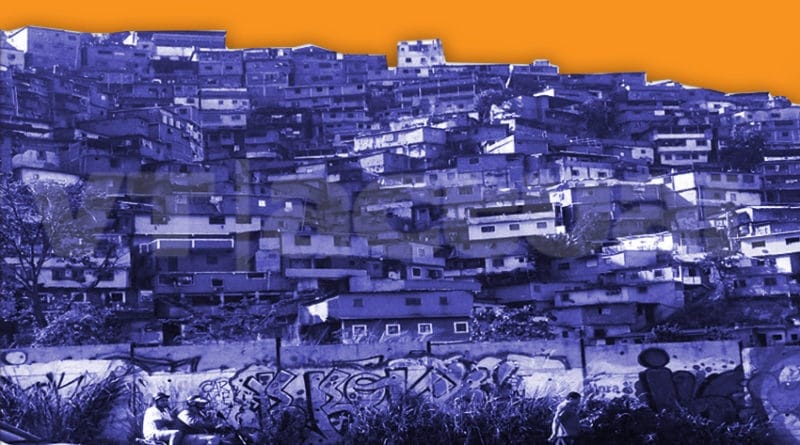 When it comes to overthrowing the Venezuelan government, the right led by Juan Guaidó does not skimp on trading with mercenaries held in the highest esteem by the White House or Nariño Palace [Colombia], and launches into invasion contracts that its acolytes loudly celebrate and/or overlap, according to the circumstances.

But in the face of the failure of every plan that underestimates the people and the civic-military union, [for them] anything that disturbs the peace of the Bolivarian Republic becomes an occasion of joy and worthy of support, if it comes tied to a hypothetical overthrow of Nicolás Maduro and the Chavista revolution.

At every step it takes, the most extreme opposition becomes even medieval and relies on absurd violence, on blood, to create a scenario that justifies what Donald Trump would like for Venezuela, an invasion.

And as in the centuries of European obscurantism, war fanatics resort to a action hero and seek to turn the country into a chivalric novel, where Amadíes de Gaula or Quixotes de la Mancha arise to fight the battles that their failed conspiracies don’t allow them to win.

The Venezuelan right, which has never had a people, got itself a “popular hero” to deceive itself with the idea that Venezuelans hate the revolution / Photo: Courtesy

On this occasion, and perhaps not on horseback but perhaps on a motorcycle to modernize the story, a certain Wilexis de Petare appears, who has declared himself an enemy of the government, a sort of Robin Hood, reason enough to win the affections of the damsels and the buffoons that militate on our opposition political sidewalk.

Through the network of networks, a massive court of Orianas and Dulcineas suddenly begin to follow him and lavish their love on the protector of Petare, who defines himself as such, because he claims to protect the people and its properties, which incidentally he also defends. A whole story so “family, tradition and property” that if it were not for the context of the neighborhood you would think that it happens in that East of the East (in wealthy barrios of Caracas).

And it is so, apparently, that Wilexis of Petare even has an account in the social network of the blue bird and while he leads the gang of “El Gusano”, a knight forsworn by his mortal enemy, he also sits in front of a computer or takes out his mobile device to send a war message, this time against “the Miraflores bad guys”, drawing applause from more than one naive stateless person.

His first tweets were made on May 6, although already in April he was retweeting the well-to-do people of Caracas, many of them graduated from traditional universities such as UCV and LUZ, as long as they posted anti-government messages, or had among their “follows ” the youths of Voluntad Popular in Petare.

In addition, he seems to have a secretary who keeps track of him and even does surveys. All aces of social networks and new technologies. Pranato 2.0. (“Pran” in Venezuela is a gang leader and the Pranato is the territory he or she controls.)

It is worth saying that the aforementioned account has more than 18,200 followers already.

A month of confrontations

Perhaps for many the name is new. But more than a month ago, since the end of March, various journalists have been reporting from their social networks the nightly confrontations of Wilexis and his arch-enemy “El Gusano” for control of the upper neighborhoods of Petare.

Generally, there were shootings from Friday to Sunday and when the police arrive, the situation has already been controlled, indicating that they were bursts of bullets for short periods of time in which no casualties of any kind were reported, not even wounded.

The first reports indicated that Wilexis had just been released from prison for homicide and that he had left his then friend in charge of the area — now fierce nemesis because the man played dirty, betrayed him.

According to this legend, once released from prison, no one knows what sentence he served or what prison or prison it is. Wilexis returned to the neighborhood to recover what was his. He took advantage of the supposed discontent of some of his old followers with the new pranato, to form a front that would give a fight to those of “El Gusano”. A whole story that engages: friends, betrayal, allies, revenge, bullets … in the best style of narconovelas.

Links with Gideon catapulted him among the right

However, it was not until one of the apprehended Operation Gideon mercenaries began to talk about Wilexis and his connection to the failed raid plan that the opposition “good people” from eastern Caracas turned their gaze to Petare and its Robin Hood and valorized him as “one of ours”, because “he is against the government.”

That is to say, he was accused of being the facade, the distracting element for the police forces in the slums (barrios), while the paid soldiers (or without pay, because they looked bad, according to Goudreau) entered through Macuto and executed the plan “in English, please ” as agreed between Vergara and Guaidó.

After being linked to the right-wing plan, fascism took over Twitter and, during the deployment of the various Venezuelan security forces in the aforementioned Caracas barrio to find Wilexis and his forces, more than one began to attack the work of the National Guard, the Bolivarian National Police, the Scientific, Criminal and Criminal Investigations Corps (Cicpc), the Bolivarian Intelligence Service (Sebin) or the Directorate of Military Counterintelligence (Dgcim).

Under the hash tag “Petare” right-wing journalists such as Ibéyise Pacheco, known for her participation in the 2002 coup d’etat against then-President Hugo Chávez, spoke in defense of the new “popular hero.”

Meanwhile, another journalist from a web portal of the fascist communication hegemony, the Panampost, Jovel Álvarez, gives even more credibility to the Petareño gentleman than to Maduro or Guaidó.

In addition, the accounts of anti-Chavista portals such as Maduradas or El Nacional report all the “exploits” of Wilexis de Petare.

No one knows for sure if Wilexis de Petare exists or if he is only the product of a twisted imagination that seeks to people a [political] sector that for more than 20 years has excluded the most disadvantaged classes but, in the end, dreaming costs nothing.

But let it be clear, although it is already known, that the stateless opposition only looks to the slums when they are looking for votes every four or five years, they criminalize the rest and even generate disgust for them.