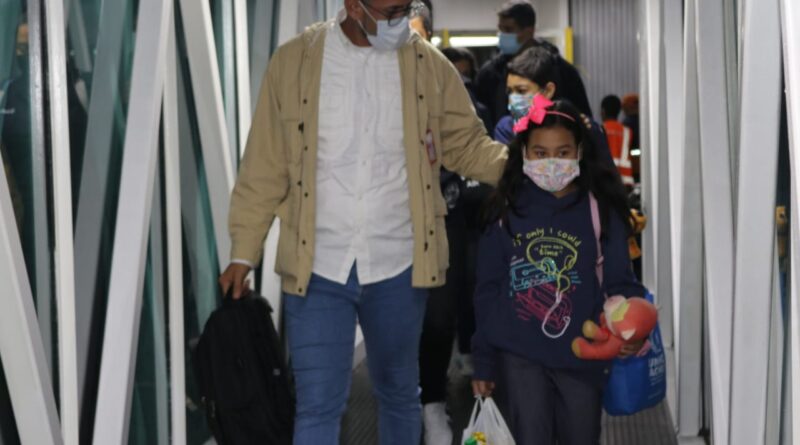 A new group of 249 Venezuelan migrants returned—free of charge—to Venezuela from Peru this Wednesday, November 24, through the Vuelta a la Patria plan in alliance with Venezuela’s national airline CONVIASA.

During the night of this Wednesday, the flight with 249 nationals departed from the Jorge Chávez International Airport in Lima, bound for Venezuela.

On board the Airbus 340-200 were 26 elderly adults, 88 children and adolescents, 135 adults, and seven officials from the Ministry of Foreign Affairs, who together with CONVIASA carried out the return of the fellow Venezuelans.

Among the 249 passengers, there were three children, aged three, ten, and eleven, who were in a vulnerable situation because they did not have any direct family members in Peru and had fallen under the care of the state.

“Our priority at all times is focused on the return of children, so that they can reunite with their family in Venezuela,” said the first secretary of the Venezuelan Embassy in Peru, Mariana Silva.

Upon arrival at the Maiquetía International Airport, the Venezuelans were received by officials from various government agencies, who provided them comprehensive care.

“In the early hours of Wednesday #24Nov, a @LAConviasa flight from #Lima with 249 fellow countrymen arrived at Simón Bolívar International Airport, in a new day of the #PlanVueltaALaPatria,” wrote the Venezuelan ministry of foreign affairs on Twitter.

On November 12, 250 Venezuelans also returned from Peru, on a particularly successful day of the Vuelta a la Patria program.

To date, there have already been 11 humanitarian flights of Venezuelan nationals returning from Peru so far in 2021, bringing the total since the program began in in 2018 to 52.

Since the start of the pandemic, the president of Venezuela, Nicolás Maduro, instructed the nation to reinforce and increase the number of flights to repatriate Venezuelans who wish to return to the country. Often times they are victims of xenophobic attacks abroad.

Almost 7,000 Venezuelans have returned from Peru, and more than 27,000 Venezuelan nationals have benefited from the Vuelta a la Patria Plan that provides a return free of charge for those migrant families in vulnerable conditions.

Featured image: Venezuelan girl accompanied by an adult while leaving the CONVIASA plane that brought them back to Venezuela from Peru. Photo by MPPRE.