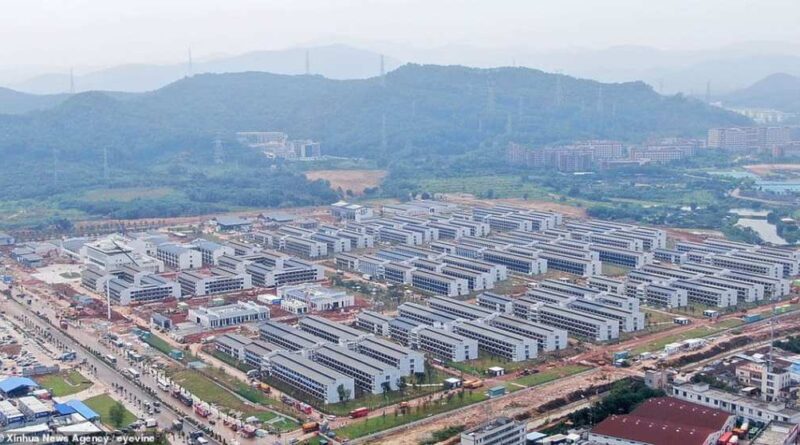 The world is now nearing the end of the second year of the COVID-19 pandemic. The United States has the highest death toll in the world – 823,390 as of Dec. 16.

With all the scientific resources available, and billions of dollars in the vaults of the richest capitalist class in history, the U.S. should have been able to succeed in a vaccination campaign and treat everyone before they were infected. Vaccines should have made their way throughout the world, including the global south where the challenges of poverty magnify the horrors of the pandemic.

Instead, the White House and U.S. intelligence agencies have taken their cue from the Trump administration and continued apace with a manufactured narrative that slanders and blames China for the pandemic. Their goal is to cover up the global calamity created by the giant multinational corporations they serve and turn people’s attention away from the incredible success of the Chinese socialist public health system in fighting the pandemic.

An internet search for death statistics or other COVID related metrics outside China is heartbreaking. India lost 476,000 people, in Brazil 617,000 people died, and Mexico suffered 297,000 COVID fatalities. The list of countries that have suffered staggering loss and grief is a long one. Those countries that have been brutalized by imperialism for more than a century have been ravaged, as have oppressed and impoverished communities within the U.S. The pandemic has revealed the entrenched racism and neglect of people of color within U.S. borders, while vaccine nationalism has exposed the genocidal treatment of the global south.

China’s success was due in part to the great deal of research and experience that followed the outbreaks of the SARS and MERS epidemics. But even more, it is the reality of the Communist Party of China being in the leadership instead of a government run exclusively by and for a tiny handful of billionaires.

At the beginning of the outbreak in February and March of 2020, before COVID-19 became a pandemic, the CPC moved decisively and locked down the city of Wuhan, which has a population of 11 million people. The scale of the quarantine was unprecedented and set the tone for how the CPC and the Chinese people have carried out their incredible “People’s War” ever since.

The Western press often describes it as “authoritarian” and “ruthless.” Human Rights Watch attacked it as a violation of freedom. The campaign was and is, in fact, extraordinarily humanitarian, incredibly efficient and a technological marvel.

Drones for health, not war
The world’s first major deployment of drones — other than their use by the imperialist U.S. military to murder thousands of people in Yemen, Syria, Afghanistan and elsewhere — was launched in Wuhan. Drones and robots were deployed that could detect people with fevers while hovering, remotely disinfect hospitals, and make announcements to ensure quarantine restrictions were followed.

Robots delivered food and supplies to people’s doorsteps. No one lost pay or lost their job.

Two hospitals were literally constructed in a matter of days and other pre-existing buildings were modified and put to use for treatment of COVID patients. Here again, drones hovered over the construction sites to provide light so that construction crews could work 24-hours-a-day.

Thousands of medical volunteers traveled from faraway areas of China to help in Wuhan and other places as the disease spread. Videos were produced and spread on social media to update the population about safety measures and how to get help. Scientists mapped the genome of the virus and shared it with the world within 11 days.

After more than two months of sharply increased cases and more than 3,000 deaths, the casualty numbers diminished. But no one in China dropped their guard in the interest of reopening the economy as happened with successive waves of the outbreak in the U.S. Sporadic outbreaks saw more lockdowns – none at the same scale as that in Wuhan, but always announced quickly when there was an uptick in cases.

The lockdowns were a great economic sacrifice. But there were no demonstrations demanding the lockdowns end as there were in major capitalist countries. The Chinese leadership made sure everyone would receive income, there were absolutely no evictions, and there were no job losses.

The 5,000-room Guangzhou International Health Station
The CPC still maintains a goal of zero COVID infections as the Omicron variant is surging in many parts of the world. A 5,000-room quarantine facility in Guangzhou, equipped with 5G communication technology and a robot delivery system for food and other essentials, was finished last month.

The housing is spread over an area as big as 46 soccer fields and is the first in the plans for a chain of similar facilities to house people traveling from abroad. The entire complex was built in less than three months, a feat that would be astonishing anywhere else. Considering the construction of the hospitals in just days at the beginning of the pandemic, it is not surprising.

China’s determined campaign to beat the pandemic is international in scope. In spite of the astonishing success of this People’s War, Chinese leaders, researchers, virologists and epidemiologists know that defeating a pandemic requires complete global cooperation.