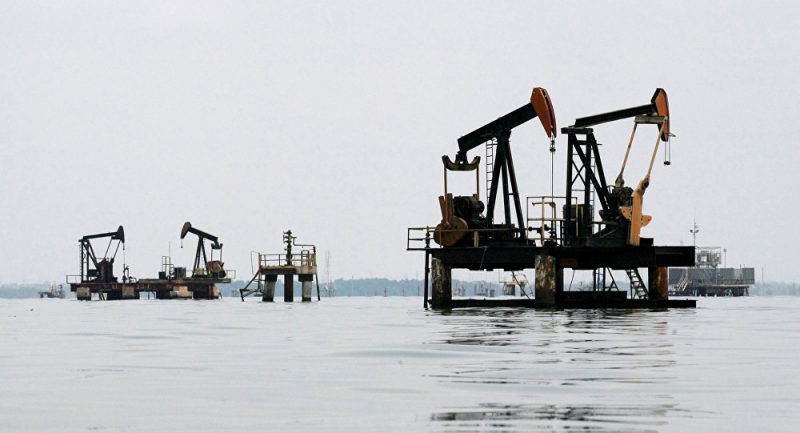 President of Venezuela Nicolas Maduro has thanked the army for their loyalty and for defeating a “coup” led by the United States and opposition leader Juan Guaido. This comes after US National Security Adviser John Bolton said in an interview with ABC on Sunday that he believes that “momentum is on Guaido’s side”.

Sputnik has spoken about the latest developments in Venezuela with Paul Craig Roberts, a prominent American economist, author and former US Assistant Secretary of the Treasury for Economic Policy under President Ronald Reagan.

Sputnik: What’s your assessment of the current White House policy towards Venezuela? What political, economic goals is it striving to achieve? And what would be the benefits now of achieving these goals do you think?

Paul Craig Roberts: Well, there are two reasons. One is to take control again over Venezuelan resources, especially the very large oil reserves. Washington has never forgiven Chavez for nationalizing the oil and using the revenues from the oil flows for Venezuela rather than for the profits of American firms.
So it’s aimed at installing an American puppet that Washington has selected as president, who will privatize the oil company and other resources so that Americans can renew the exportation of the country. The other main purpose is to establish the fact that Washington will not tolerate any reformist government anywhere in Latin America and that the people might as well stop electing someone who represents them instead of American business interest.

So if they can overthrow Maduro and kill the Chavez revolution they will have established that it’s pointless to elect a reformist president who tries to serve the people rather than Washington.

Sputnik: Now Venezuela has an opposition-controlled National Assembly and a visible opposition, so in your view is Maduro really such a hardliner politician as he’s often been portrayed in the media? Is it possible to run the country effectively under the sanctions imposed on him? The interesting thing I’ve mentioned to a couple of experts now, we had Juan Guaido leave the country and do visits to Colombia and Brazil. He was under a judicial order not to leave the country, he didn’t comply with that order, he has returned, most experts thought he would’ve been arrested, but he’s been free to return and to carry on with his business, so to speak. That’s not really in the order of things from the American point of view, is it?

Paul Craig Roberts: The way I see it is that Maduro, like Chavez, is too tolerant of the opposition. Now it may be that they simply lack the power to move against the elites and, therefore, the elites are still in place. They still control the media, for example, and they can continue their alliance with Washington.
So that could be one explanation. The other could be that Maduro, like Chavez, are democrats and they tolerate an opposition. In the case of Maduro at the present time, he may be afraid that if he actually does move against this usurper, this Washington agent, that Washington will use it as an excuse for a foreign invasion. I don’t know, I haven’t consulted with Maduro, but he’s in a difficult situation and he’s probably trying to be as unprovocative as possible.

Sputnik: Well, it certainly looks that way in terms of his actions in the last few days. Do you think that’s why he’s in many ways holding such wide and firm support from the military? Do they perceive him to be a fair leader then in terms of what you’ve just described but also giving political sway to his opposition as well, it seems pretty democratic in that sense, doesn’t it?

Paul Craig Roberts: Yes, that’s true and I think it’s a weakness of all of those reform movements. They always leave in place the elites and so the elites instantly get into collaboration with Washington and plot the overthrow.

You have to remember that Chavez himself was overthrown I think it was 2002 or 2003 (2002 — Sputnik) he was overthrown on a plot between the CIA and the elites in Venezuela; and he was captured, but before they could kill him the army and the people took to the streets and demanded his release. When he was released he took no actions against the people who had plotted against him and intended to kill him. He just left them there and they continued to control the media and print lies about him.
So I think that this sort of weakness on the part of the reform elements leaves them always exposed to failure. If Chavez arrested these people for which he had good legal cause and put them on trial, then I think Maduro would be in a much safer position today. But this sort of weakness is endemic in all of these reformist regimes.

It was in 2009 that the Obama regime overthrew the reformist president of Honduras, and I think altogether if my memory is reliable, the United States has had about 68 coups in Latin America over its history. So it simply will not tolerate an independent government.

I think the reason why the Venezuelan military is standing with Maduro is that most of them, of course, are just ordinary people from Venezuela, and what Chavez did by nationalizing the resources, he turned the revenue flows to the benefit of the Venezuelan people. There have been amazing drops in poverty rates and amazing increases in literacy, and so they understand that if they stay with Maduro and the Chavez revolution that they will benefit, and if they desert this man it will go back to the American hands and the country will be looted and plundered again.