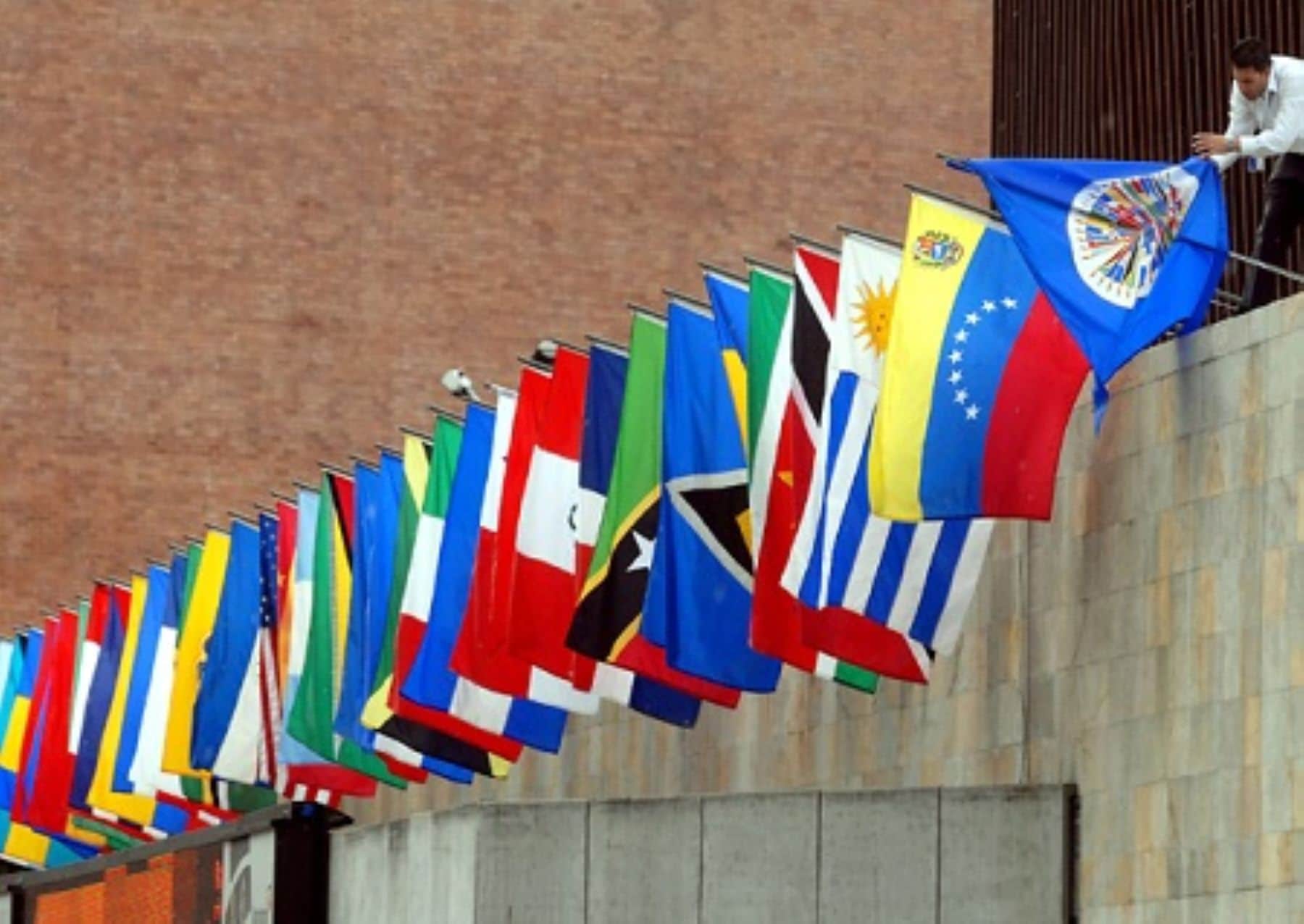 Line of Latin American and Caribbean countries flags along with the Organization of American State flag, File photo.

Tension continues around the holding of the next Summit of the Americas, scheduled for June in Los Angeles, California, from which the United States government insists on excluding the republics of Cuba, Nicaragua and Venezuela.

Criticism is growing around Washington’s announcement, as the US seemingly granted itself the right to decide who to invite and who to exclude, although the international forum is supposed to be a platform and meeting place for all continental political leaders, without exception.

To date, there has been no change of position or further announcement from the US in response to the statements issued on April 29 by Ronald Sanders, Antigua and Barbuda’s ambassador to the Organization of American States (OAS) and the US.

In those statements, the Caribbean spokesperson asserted that “if the United States insists on not inviting Cuba to this meeting, it will immediately cause 14 CARICOM countries not to attend. That means we don’t have a Summit of the Americas that is meaningful.”

Voices of protest
Amid the arbitrary decisions that the White House seeks to impose on the Americas, the Puebla Group issued a statement calling for the Biden administration to respect the participation of Venezuela, Cuba, and Nicaragua.

For its part, the Community of Latin American and Caribbean States (CELAC) stated that, in consideration of the COVID-19 pandemic, “it is essential that we overcome ideological divisions and focus on the search for common interests.”

Likewise, from the Bolivarian Republic of Venezuela, the Vice President of the United Socialist Party of Venezuela (PSUV), Diosdado Cabello, recalled that the US administration still remembers the defeat suffered by its FTAA proposal at the 2005 Summit of the Americas.

“What summit is that?” asked Cabello. “If they continue like this, it will be the summit of the gringos.” Thus, Cabello sought to illustrate that Washington’s refusal to extend cordial invitations to all nations in the region will only achieve its own isolation.

“Against Venezuela, North American imperialism has been as cruel as anyone, but they have not been able to, and will not be able to [defeat us],” Cabello said.