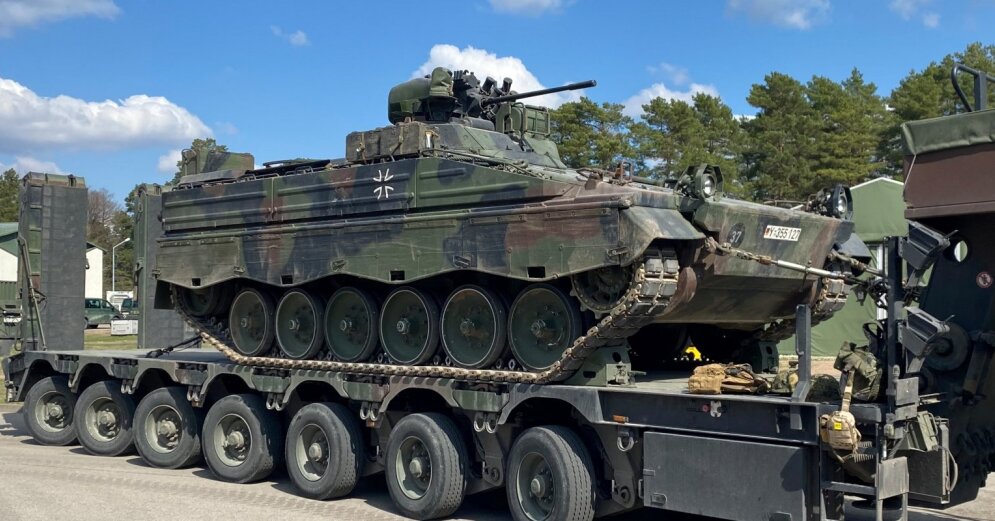 Our enemy is the Western system of U.S.-led imperialism, its capitalist elite, and their political flunkies like Joe Biden and Ursula von der Leyen.

The United States and its NATO and European Union allies have imposed unprecedented economic sanctions on Russia that amount to economic warfare. This warfare has been going on, discernibly, since the CIA-backed coup in Ukraine in 2014 on the back of allegations of Russian wrongdoing, for example, the alleged annexation of Crimea. It’s the logic of a poacher posing as the gamekeeper.

For eight years, the U.S.-led economic war against Russia has been pursued without relent. The self-professed “exceptional nation” presumes the privileged, exclusive use of economic terrorism against others who do not bend the knee. In hock to its Washington master, the European Union has imposed round after round of restrictions on trade with Russia in full compliance with American orders. The European compliance to self-inflict damage is astounding especially given that the U.S. economy is not as reliant on Russia as the EU’s and therefore has not been impacted as badly, at least not directly. But the presumed American “free lunch” is beginning to change, as our columnist Declan Hayes cogently surveyed this week.

Now that the proxy war against Russia has escalated into “Total War” – the historically sinister phrase used by France’s economy minister Bruno Le Maire – the full nefarious scope of the Western objective has become even more explicit. The U.S. and its NATO partners want to achieve the complete collapse of the Russian economy leading to regime change in Moscow. The eruption of violence in Ukraine following Russia’s military intervention on February 24 is but the opportunity to ramp up the U.S.-led war campaign against Russia.

The explicitly stated objective of cutting off Russia’s vital energy trade and the theft of the country’s foreign monetary reserves can only be interpreted as part of a wider imperial plan to crush the Russian nation, subjugate it and conquer its vast natural wealth.

Eight years of NATO-backed military aggression by the Neo-fascist Kiev regime against Russian-speaking populations has gone hand-in-hand with the installation of U.S. strategic weapons across Europe, including Dark Eagle hypersonic missiles in Germany and biological weapons of mass destruction in Ukraine. The military threat to Russia has been in tandem with the relentless economic warfare from sanctions. In addition, there is the intransigence by the U.S. and its NATO partners to engage with Moscow in resolving security concerns through diplomacy. All of this culminated in the present war in Ukraine. The concerted and rapid imposition of further draconian sanctions on the Russian economy from the blockade on virtually its entire banking system as well as the extreme censorship of Russian international media – all of that indicates that the U.S. and its partners were already on a war footing and ready to escalate hostilities.

In this context, ominously, Ukraine is resembling Bosnia-Herzegovina and the pre-World War One assassination of Archduke Franz Ferdinand as a fatal flashpoint.

The reckless flooding of weapons into Ukraine over recent weeks by the United States, NATO, and the European Union is also proof of a premeditated pent-up war agenda. This week, U.S. President Joe Biden is calling for his Congress to release $33 billion in “emergency aid” for Ukraine to “defend against Russian aggression”. This represents a tenfold increase in the record military support that the Biden administration has already plowed into the Kiev regime. This is tantamount to stoking a powder-keg.

The ludicrous, bitter laugh about this is that when Russia seeks to defend itself and Russian-speaking people, then Moscow is accused of “aggression”.

The latest twist in this Western duplicity and rank hypocrisy comes with the accusations that Russia is using “blackmail” by warning it will cut off its prodigious gas supplies to Europe. Moscow has simply and reasonably demanded that all European importers must henceforth pay for their gas supplies in the Russian currency, the ruble, as opposed to dollars or euros. The move was prompted in part because the Western countries had seized Russia’s foreign reserves and have banned most Russian banks from the international payment system. In other words, it is they who have politicized their currencies as weapons. So what is Russia supposed to do? Give away its vast natural gas wealth for free? To countries that are waging an economic war and increasingly a military proxy war against it?

This week, Russia’s state-owned energy industry Gazprom announced it was suspending the supply of gas to Poland and Bulgaria. The two EU and NATO member states had bluntly refused to pay for their vital energy needs in Russian currency. In that case, Russia has the right to withhold the selling of its commodity.

The move to mandate payment for gas in ruble was an essential counter-measure that has succeeded in defending the Russian currency and economy from collapse. That collapse was being deliberately orchestrated by Western sanctions aimed at strangling Russia. And yet when Russia acts to defend its vital existential interests it is accused of using “blackmail”. One of the shrill voices was that of European Commission President Ursula von der Leyen. The former German defense minister is a rabid Russophobe. Her logic of accusing Russia of wrongdoing is like a Third Reich minister lambasting the Warsaw Ghetto uprising as an insolent insurrection.

Von der Leyen and her elite, unelected Brussels bureaucracy are calling for all EU members to refuse payments to Russia. They are effectively endorsing the theft of Russia’s wealth. Their arrogance is not surprising. But that arrogance is leading to rebellion across Europe from the economic damage and unbearable cost-of-living crisis hitting the majority of the EU’s 500 million population. Bulgarian and Polish workers are demanding their governments resume trade with Russia to prevent a crash to their livelihoods.

A further mockery in this absurd scenario is that anti-Russia hawks in the United States and Europe have been vociferously jeering for all energy and other trade with Russia to be cancelled. Of course, this mania is all about propping up U.S. capitalism, hegemony over Europe, the weapons industry, and the transatlantic feeding trough for effete European lackeys.

Then, when Russia cuts off the energy supplies because of non-payment, there is an uproar about Moscow “weaponizing trade”.

The Western accusations of economic blackmail are analogous to perverse claims of military blackmail. The criminally reckless aggression that the United States and its NATO partners have pursued against Russia has escalated into war in Ukraine. As a British government minister demonstrated this week, the NATO powers are now directing their proxy Kiev regime to launch attacks on Russian territory. Yet when Russia warns of the dangerous risks of world war veering into a nuclear conflagration, the Western powers and their dutiful media turn around and accuse Russia of using “nuclear blackmail”.

America and Europe’s dubious political “leadership” is exposing itself as delusional, duplicitous, and criminally insane. They are insanely willing to push the world into a catastrophic war. And when Russia stands up to their madness, it is accused of being a reprobate.

In a funny sort of way, such farcical Western leadership is good. For it only further exposes how utterly unhinged and corrupt the Western elite rulers are in the eyes of their increasingly restive, angry populations.

It is Western callous, sociopathic leaders who are the ones blackmailing their own citizens and indeed the rest of the world. Their ultimatum is: destroy Russia or we will destroy everything. This is the mindset of totalitarianism.

The Western public’s enemy is not Russia, and it’s not China nor Iran, Syria, Venezuela, North Korea, Cuba, or some other designated foreign foe. All our enemy is the Western system of U.S.-led imperialism, its capitalist elite, and their political flunkies like Joe Biden and Ursula von der Leyen.