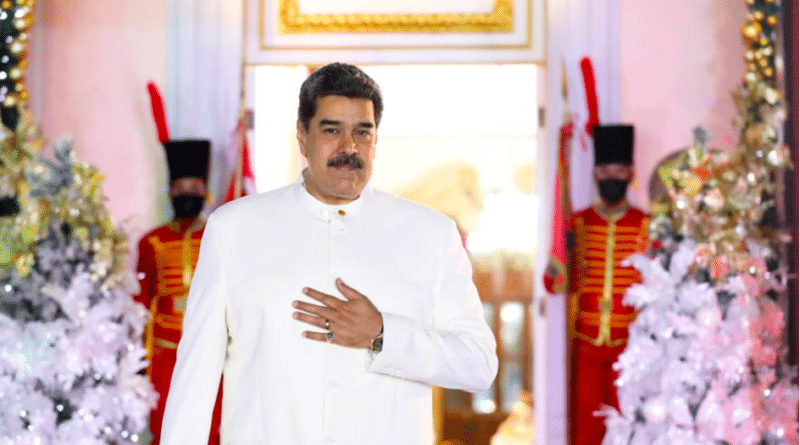 Venezuelan President Nicolás Maduro issued a message to welcome in the new year 2022. In his message, the president highlighted the goals that had been achieved in the previous year 2021 and referred to it as a mystical cycle for Venezuela in which the Carabobo Bicentennial was celebrated.

Maduro pointed out that 2021 was characterized by its renewal of hope and by the strength of the people’s courage in the midst of the attacks perpetrated by different sectors of the national and international right-wing.

“We will have to remember 2021 as being the year of our democratic institutions; of the consolidation of peace,” stated Maduro as he recalled the installation of the new National Assembly, which was elected by the people, as an emblematic event in 2021 and that allowed the Venezuelan State to adapt to the new times.

Furthermore, President Maduro exalted the values of sovereignty and independence conquered by the founding liberators and which today are part of the patrimony of the Venezuelan people.

President Maduro added that “there have been no criminal sanctions, threats, blackmail or attacks that have diverted us from our path of reconstruction; of the restoration of the Bolivarian social welfare state.” 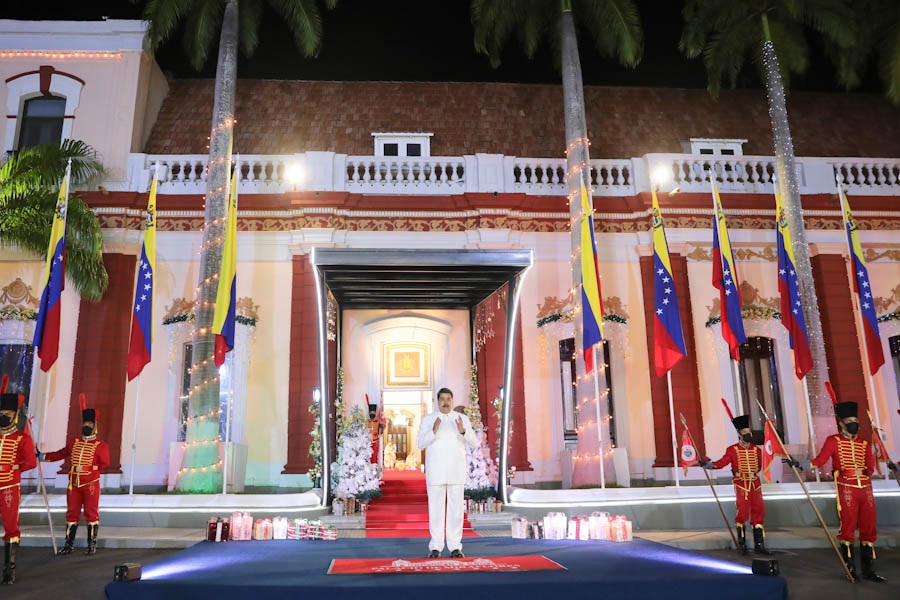 Social welfare
President Maduro also congratulated the people of Venezuela for having reached the 90% COVID-19 vaccination goal before the arrival of 2022.

The president also declared that the steadfastness of the people has been the greatest COVID-19 antidote. This antidote has also worked against the criminal blockade imposed by the United States government.

Maduro affirmed that “we are, for the first time during these years of resistance, closing with positive numbers. This is another joint achievement that I want to celebrate because it is a first step towards our new prosperity.”

President Maduro also considered that the beatification of Dr. José Gregorio Hernández was a positive highlight for 2021. This was one of the things that most pleased those within the Catholic creed, inside and outside Venezuela. Also, President Maduro dedicated 2021’s achievements to the revolutionary comrades who had left us physically this year.

When it comes to political matters, Maduro made reference to progress made in the judicial system reform which seeks to optimize the administration of justice in the country. He also mentioned the triumph of the Bolivarian Revolution in the November 21 regional elections.

Within the context of sports and culture, the president congratulated the Olympic and Paralympic athletes for their participation at the Tokyo Olympic Games, as well as the Venezuelan Youth Orchestra and Choir Network for achieving the Guinness World Record. He also commended Unesco’s incorporation of the San Juan festivities to the Intangible Cultural Heritage list.