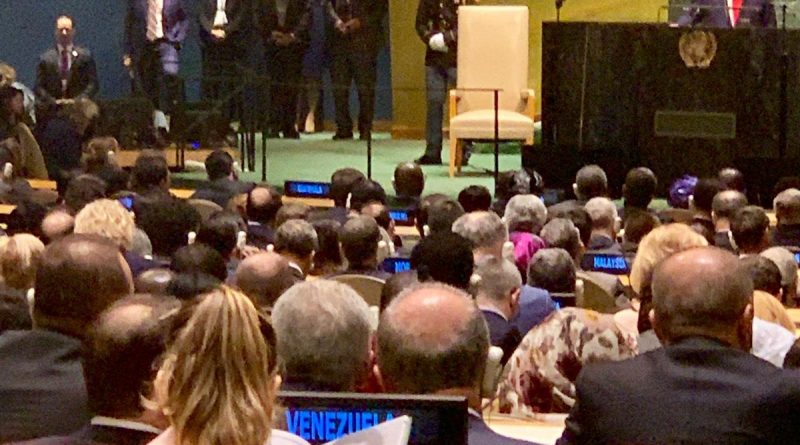 This Tuesday, September 24, the Venezuelan official delegation that participates in the General Assembly of the United Nations Organization (UN), instead of hearing the expletives that the president of the United States Donald Trump delivered during his speech, wisely chose to feed their spirit, wisdom and conscience by reading the book “Bolivar Hero, Genius and Universal Thought”.

The diplomat Daniela Rodríguez, clarified that “while infamy and lies speak from the UN, we read Bolivar: The United States seems destined for providence to plague America with miseries in the name of freedom.”

For his part, Venezuelan Foreign Minister Jorge Arreaza, stressed from the UN, that “the best response to the imperialist and supremacist aggression of Donald Trump is to immerse ourselves in our pure, bright and sovereign source of independence, equality and freedom: Simón Bolívar, the Liberator.”

The White House chief, in an act of interference, used his speech to disqualify his Venezuelan counterpart, Nicolás Maduro, noting that “the dictator Maduro is a Cuban puppet protected by Cuban bodyguards.”