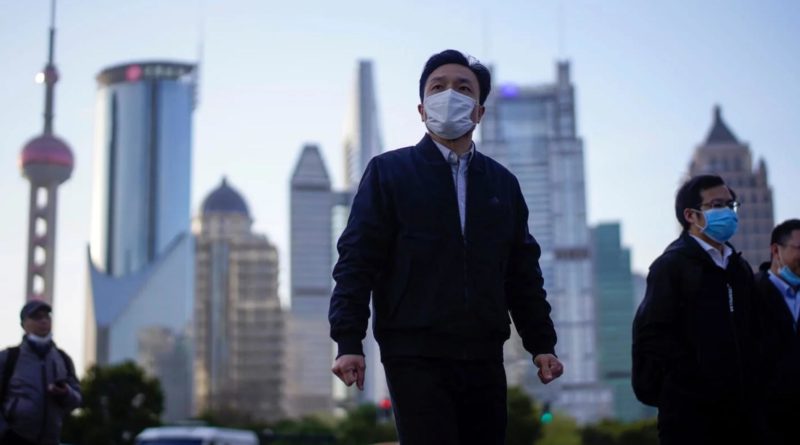 International News
March 23, 2020March 23, 2020 orinocotribune blame the chinese, coronavirus, covering up the coronairus mess in the US, COVID-19, donal trump lost, US decline, US Imperialism

March 21, 2020.- As the number of coronavirus cases continues to grow at a rapid pace in the U.S., the White House is launching a communications plan across multiple federal agencies that focuses on accusing Beijing of orchestrating a “cover-up” and creating a global pandemic, according to two U.S. officials and a government cable obtained by The Daily Beast.

The cable, sent to State Department officials Friday, lays out in detail the circumstances on the ground in China, including data on coronavirus cases and deaths, the local business environment and transportation restrictions. But it also issues guidelines for how U.S. officials should answer questions on, or speak about, the coronavirus and the White House’s response in relation to China.

The talking points appear to have originated in the National Security Council. One section of the cable reads “NSC Top Lines: [People’s Republic of China] Propaganda and Disinformation on the Wuhan Virus Pandemic.”

“Chinese Communist Party officials in Wuhan and Beijing had a special responsibility to inform the Chinese people and the world of the threat, since they were the first to learn of it,” the cable reads. “Instead, the… government hid news of the virus from its own people for weeks, while suppressing information and punishing doctors and journalists who raised the alarm. The Party cared more about its reputation than its own people’s suffering.”

The cable was disseminated to officials at a time when the administration is engrossed in a communications battle around how to disseminate the flow of crucial health information to the American public while at the same time deflecting criticism that the White House was unprepared for the pandemic and that President Trump is at odds with members of his coronavirus task force.

One of the results of those internal deliberations appears to be a renewed focus on underscoring China’s missteps. Two U.S. officials working on the administration’s coronavirus response said the White House is pushing federal agencies to stick closely to the national security council’s talking points, especially when senior officials take to the podium, to ensure continuity with President Trump.

“These talking points are all anyone is really talking about right now,” one official said. “Everything is about China. We’re being told to try and get this messaging out in any way possible, including press conferences and television appearances.”

The White House did not immediately respond to a request for comment.

Over the last several weeks top administration officials, including President Trump and Secretary of State Mike Pompeo have referred to the coronavirus as both the “Chinese virus” and the “Wuhan virus.” Beijing’s leaders have pushed back on the designation, claiming the terms are xenophobic and inaccurate now that the virus has spread to dozens of countries across the world. American doctors and scientists involved with the administration’s task force operations continue to call it “the coronavirus.”

“The [Chinese Communist Party] is waging a propaganda campaign to desperately try to shift responsibility for the global pandemic to the United States. This effort is futile,” one of the talking points in the cable reads. “Thanks to the… cover-up, Chinese and international experts missed a critical window to contain the outbreak within China and stop its global spread. Saving lives is more important than saving face.”

“The United States and the American people are demonstrating once again that they are the greatest humanitarians the world has ever known,” according to the cable. “The United States stands ready to provide more assistance to China, if the Chinese Communist Party would allow us to do so.”

The cable notes that the U.S. has donated millions of dollars worth of medical supplies and provided financial assistance for countries trying to fight the coronavirus.

As of last week, about “95 percent of China’s cities and prefectures had reported zero new cases in the past 14 consecutive days as of March 19, including 16 of the 17 prefectures and cities in Hubei Province,” according to the cable, which noted that the State Department had conducted an analysis of the data.

“Cases among Chinese travelers infected in other countries accounted for virtually all the new cases reported outside Hubei since March 13,” according to the cable. “While the vast majority of these cases are Chinese nationals, the first confirmed imported case of a U.S. citizen was reported in the Shanghai consular district.”

Meanwhile, in the U.S., the number of positive coronavirus cases ticked above the 20,000 mark Saturday morning, with more than 270 deaths reported.