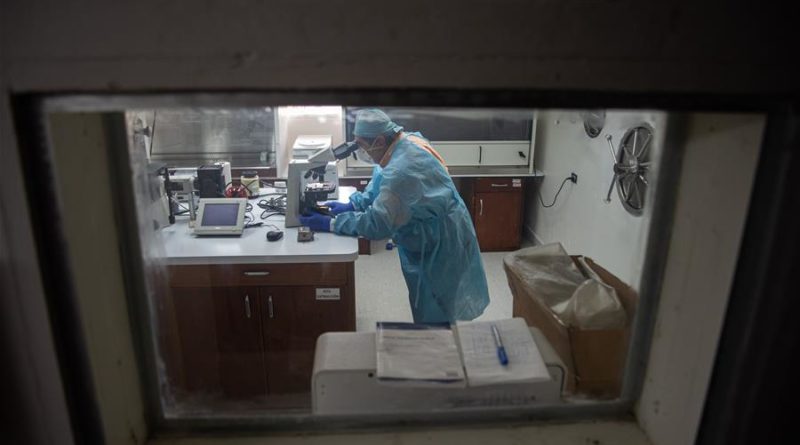 CARACAS, June 8 (Xinhua) – Having followed the measures proposed by the World Health Organization (WHO) “was a success” that has contributed to Venezuela having low rates of contagion of the new coronavirus disease, Héctor Rangel, doctor in virology, said today.

In an interview with Xinhua, the expert indicated that the favorable results are evident when comparing the situation in Venezuela with that of other countries that were more lax in decision-making regarding the fight against the pandemic.

He asserted that in the South American nation, the spread process of infections has been “slower, thanks to the containment measures implemented on time by the government and the population in accordance with WHO protocols.

“I am in favor of that, that since the start of the pandemic, when the first case was detected in Venezuela and quarantine was announced, people had little mobility due travel and mobility restictions within cities and among cities, that contributed to the dispersion being lower,” he said.

The scientist also stated that the international blockade on Venezuela causing “limited international mobility,” also favored the containment of the virus.

According to the government, so far, Venezuela has registered 2,377 confirmed cases, of which 83 percent were “imported” through Venezuelan migrants who have returned in recent weeks, mainly from countries in South America and totaling more than 55 thousand Venezuelans.

In this sense, the expert warned that the return of Venezuelan migrants “exposed to areas that have a much higher infection density is complicating the situation a little.”

He argued that in the Venezuelan geography, citizens adapted to the sanitary and preventive measures that were ordered, such as the use of masks, hand washing and social distancing.

Rangel is part of the Center for Microbiology and Cell Biology of the Venezuelan Institute for Scientific Research (IVIC), and works with a multidisciplinary team of scientists who study COVID-19.

For him and the team of Venezuelan scientists, there is “no marked difference that tells us that the virus” studied in Venezuela “can be more aggressive or less aggressive” than those circulating in other regions of the world.

“We have been initially evaluating the spike protein, which is the protein related to how the virus interacts with the cell or with the cell receptor to make it sick,” he said.

Featured image: MIRANDA, June 8, 2020 (Xinhua) – Venezuelan doctor of virology, Héctor Rangel, works in a laboratory where samples of the disease caused by the new coronavirus (COVID-19) are studied at the Venezuelan Institute for Scientific Research (IVIC), in the Altos de Pipe, Miranda state, Venezuela, on June 8, 2020. Having followed the measures proposed by the World Health Organization “was a success” that has contributed to Venezuela having low rates of contagion from the New coronavirus disease, Dr. Rangel said Monday. (Xinhua / Marcos Salgado)