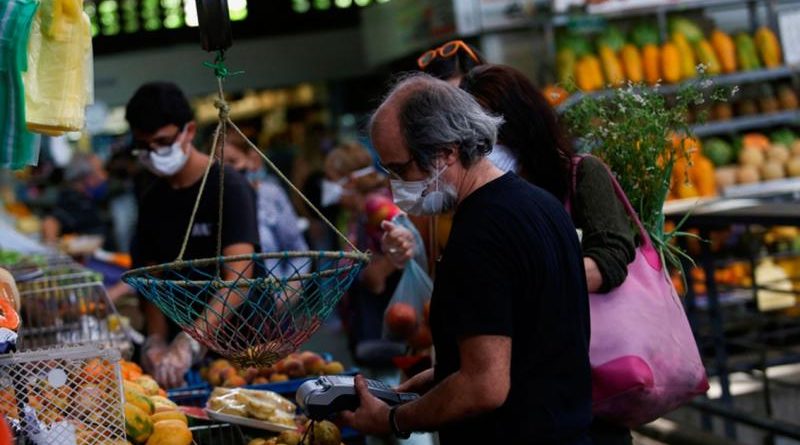 The Central Bank of Venezuela (BCV) reported on Monday, June 8, that accumulated inflation during the first five months of 2020 reached 295.9%. It is the second report provided by the institution this year. In total, during the three months of quarantine the country, inflation rose by 76.72%.

The issuing entity detailed that in the course of the quarantine, the prices of food products accelerated by 87.4%. Similarly, the inflationary variation in health goods rose 90.5%.

May inflation shows an upward trend since March, when preventive measures began to combat the spread of the coronavirus in the country. During the first month of quarantine there was an increase of 13.3%, April for its part ended with a rate of 27.5% and in May it almost reached 40%.

According to the BCV, the sectors with the highest inflation during the year were: Health 382.2%; Household equipment 356.9%; Miscellaneous goods and services 330.4%; Food and non-alcoholic beverages 319.8%; as well as alcoholic beverages and tobacco 309.2%.

Regarding the exchange market, the official rate for the price of the dollar was quoted at 198,185.10 bolivars on Monday.