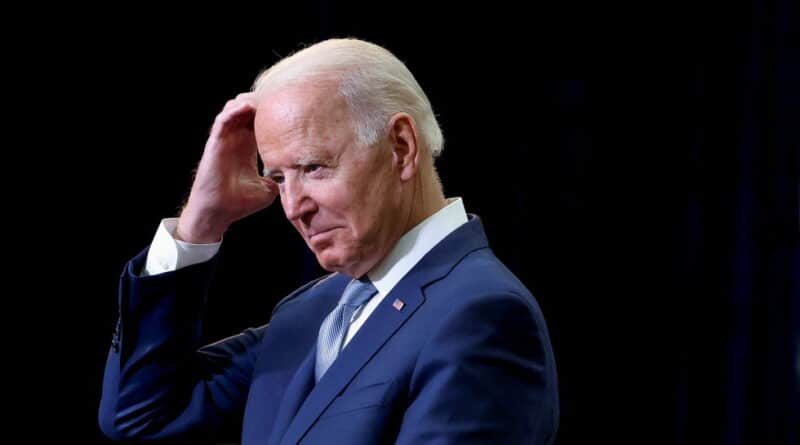 A Trafalgar Group poll showed that 57% of Americans believe Joe Biden isn’t fully executing the duties of president – and it’s not just a right-wing view. Nearly one in three Democrats think someone else is running the country.

With about 7% responding as ‘not sure,’ only 36% of Americans believe their president is actually performing the full role of his office, according to the poll, which was conducted between June 23 and 25 in partnership with the Convention of States Action.

Just 59% of Democrats think that Biden is in charge – perhaps a surprising figure in light of the fact he reportedly got more than 81 million votes in last November’s presidential election, surpassing the previous record high of 69.5 million set by Barack Obama.

Just 11% of Republican respondents and 36% of independents said Biden was directing policy and running the country. The poll was weighted toward Democrats, with more than 39% of participants identifying with Biden’s party. Fewer than 36% were Republicans, and 25% were independents.

By age group, young people were by far the most skeptical of Biden’s grip on power. Just 21% of 18- to 24-year-olds believe he’s fully executing the duties of his office, the survey found. No other age segment polled below 36%.

In terms of race, Biden appeared to inspire the most confidence among black voters, with 69% saying he was performing fully as president. Asians, at 59%, were also relatively confident he was making the major decisions, but Hispanic and white participants came in at 35% and 30%, respectively.

US Representative Ronny Jackson (R-Texas), formerly White House doctor for then-President Donald Trump, joined with 13 other Republican members of Congress last month in calling for Biden to take a cognitive test to assess his mental fitness for office.

Biden has made a series of gaffes, both on the campaign trail last year and since taking office as president in January, raising questions over his mental acuity. At 78, he’s the oldest president in US history.

His first foreign-policy trip, last month in Europe, was marred by multiple stumbles, including repeatedly referring to Libya when he meant to say Syria and erroneously suggesting that UK Prime Minister Boris Johnson had neglected to introduce South African President Cyril Ramaphosa during a round-table discussion over video link.

“This is not a laughing matter anymore,” Jackson said on Tuesday in a Fox News interview. He added, “The White House has been transformed from a symbol of power and authority to what looks like, at this particular point, an assisted-living facility.”

Jackson said Biden hadn’t responded to a letter sent by the 14 members of Congress who have called for him to take a cognitive test. Asked last August by CBS News reporter Errol Barnett, who is black, whether he had taken such a test, then-candidate Biden replied, “Why the hell would I take a test? Come on, man. That’s like saying you, before you got on this program, you take a test [to see] whether you’re taking cocaine or not. What do you think, huh? Are you a junkie?”

Featured image: President Joe Biden is shown on a trip to Illinois on Wednesday to promote his “American Families Plan.” © Reuters / Evelyn Hockstein