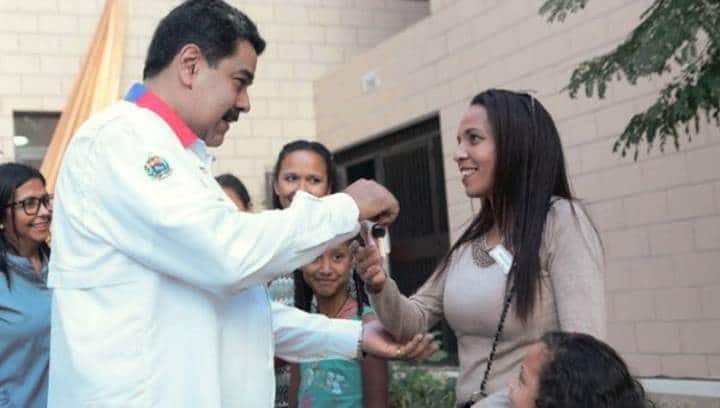 As the primary season ahead of the 2020 election cycle has heated up, two camps have developed in the Democratic field. These are in some ways a reflection of the divide between Bernie Sanders and Hillary Clinton in the 2016 primary campaign.

One camp includes the candidates who are more aligned with traditional centrist Democratic Party politics. These include Joe Biden, Pete Buttigieg and Amy Klobuchar. The other camp consists of more progressive elements of the Democratic Party — or in some cases, those who are trying to capitalize on the surge in popularity of progressive demands. They tend to support policies like Medicare for All, free public college tuition and increased taxes on the wealthy. These candidates include Bernie Sanders, Elizabeth Warren, Kamala Harris and Andrew Yang.

Since the rise of this more progressive wing inside the Democratic Party in 2016, so has risen the use of the term “democratic socialist” to refer to their program and policies. In particular, Sen. Bernie Sanders has carried the democratic socialist mantle most openly. He has railed against the “millionaire and billionaire class” and demanded that all individuals have access to health care.

This history is likely the reason why the Vermont senator found himself faced with a difficult question from debate moderator Jorge Ramos. Ramos is a prominent Mexican-born journalist based in Florida. He works for Univision, a Spanish-language network that is part of the ABC-Disney media monopoly.

The question arose during the discussion on U.S. foreign policy. Ramos asked: “Senator Sanders, one country where many immigrants are arriving from is Venezuela. … You refuse to call Nicolás Maduro a dictator — a dictator. Can you explain why? And what are the main differences between your kind of socialism and the one being imposed in Venezuela, Cuba and Nicaragua?”

Sanders answered quickly and bluntly. He declared that anyone who “does what Maduro does” is a “vicious tyrant.” Further, Sanders asserted that “free elections” were needed in Venezuela.

RELATED CONTENT: Dialogue in Venezuela Another Missed Opportunity for Democrats

Sen. Sanders’ response raises several important political questions regarding the progressive wing within the Democratic Party and its relationship to U.S. imperialism.

They have certainly raised progressive discourse to the forefront to some extent, particularly in regards to universal health care, student debt forgiveness and the fight against white supremacy. All of these issues have come up in this year’s debates.

Sanders’ response to questions about socialism and pro-socialist governments in Latin America, however, raises the question: is the left-leaning faction of the Democratic Party willing to take progressive stances on issues of foreign policy?

In particular, is the progressive movement within the Democratic Party committed to challenging the U.S. military and economic warfare against socialist countries and nationally oppressed people around the world?

The attempt to pass off Canada, Washington’s imperialist junior partner and part of the anti-Venezuela bloc, and the capitalist countries of Scandinavia, as examples of “socialism” is disingenuous to say the least.

The effort by corporate media to frame the governments of Venezuela, Nicaragua and Cuba as brutal and violent dictatorships is motivated by the same goals as the smearing of Black and Brown communities in the U.S., which leads to xenophobic immigration laws, mass incarceration and the continued existence of the private health care insurance industry.

What are these goals? Those of the U.S. ruling class: to exploit workers here and abroad to increase profit margins, promote divide and conquer politics, and destroy anyone who would get in their way.

Venezuela, Nicaragua and Cuba have taken valiant stands against U.S. imperialism for decades. Any government that embarks upon making health care, education and employment human rights for all of its people is a threat to U.S. big business. Genuinely democratic governments in Latin America, supported by the working class, are more likely to stand up to U.S. corporations.

Venezuela’s oil industry is one example. While Venezuela’s oil was nationalized in 1976, its profits became less accessible to the imperialist countries only in the late 1990s, when socialist President Hugo Chávez took office. The new Chavista government soon mandated that 10 percent of profits from the oil industry be used for social programs. Overall, the profits of the oil industry would be used for the people, and not to line the pockets of U.S. corporations.

The bosses in the U.S. would prefer to be able to exploit Venezuela’s oil industry for their own profit rather than have that money be used for education, health care and housing to benefit the Venezuelan people.

Venezuela’s government has built over 2.5 million units of quality public housing and is on track to double that by 2025. This sort of progressive advance in rights for the working class would not be possible without the socialist government having some level of control over industry and enterprise in Venezuela.

In reality, the Venezuelan government led by President Maduro and the United Socialist Party of Venezuela (PSUV) has enacted many of the policies that Bernie Sanders supports in terms of U.S. domestic policy.

All citizens of Venezuela have access to health care and the literacy rate is over 98 percent. Other progressive Latin American governments, including Cuba, Nicaragua and Bolivia, have similar policies.

Furthermore, the accusations that Venezuelan elections are corrupt or fixed are patently false. Venezuelan elections have been heavily monitored by international observers and use fully automated touch-screen voting systems that provide a receipt to the voter. Even former U.S. President Jimmy Carter has called Venezuela’s electoral system “the best in the world.”

If Venezuela is a progressive beacon, why would Sanders and other progressive Democrats like Julian Castro and Alexandria Ocasio-Cortez attack the democratically elected government of that country?

These politicians understand a simple reality: a candidate for the Democratic Party’s presidential nomination cannot win without adhering to the imperialist political line. While the Democratic Party has swung left on some issues due to the progressive struggle of the working class, the issue of imperialist war seems to be a “line in the sand.”

For the past several decades, the Democratic Party has been solidly pro-war. This is demonstrated by the Bill Clinton administration’s invasion of Somalia, Democratic congressional support for the wars in Iraq and Afghanistan, and the Obama administration’s bombing campaign in Libya and drone war in Africa and West Asia.

Fundamentally, the Democratic Party is not a party of the workers — although many workers still view it as their political representative and progressives often embrace it in election years as the “lesser evil.” But in its structure, its history and its leadership, it is a party of the wealthy capitalists, just like the Republicans. Consequently, while making concessions at times to keep the loyalty of the masses, the Democratic Party will continue to execute the will of the ruling class on a global level.

While the Democrats’ recent leftward movement on issues of domestic policy has many positive aspects, it feels hollow if the same leaders making calls for progressive policies in the U.S. continue to support the war machine abroad. The forces behind the lack of health care, education and job opportunities for working people at home are the same forces behind the war and sanctions aimed at progressive governments abroad: capitalism and the ruling class.

With that said, we should have no illusions that the Democratic Party will ever be a true anti-imperialist force. A progressive turn in rhetoric from some Democratic Party leaders is more of a barometer of the political mood of the working class than it is a sign of genuine leftward evolution within what is ultimately still an imperialist political party.

Democratic candidates being pushed to support more progressive domestic policies is a good development and must be supported. We can come to their defense when they are under attack from right-wing and racist forces. However, we cannot rest while the Democrats and Republicans perpetrate war crimes against oppressed people around the world.

U.S. hands off Venezuela! End all sanctions! End all embargos!