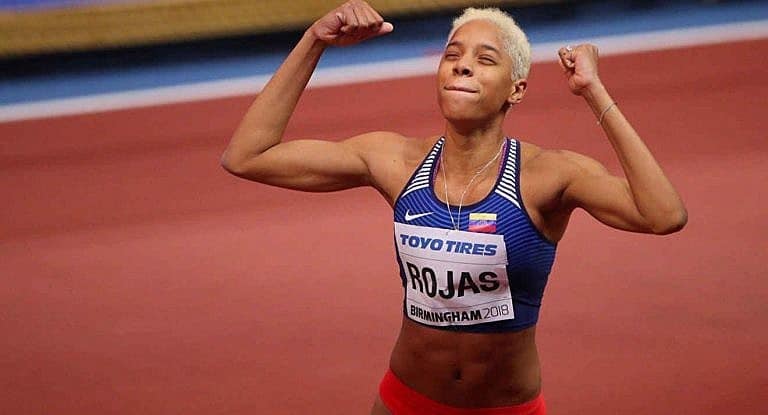 The Venezuelan athlete Yulimar Rojas, qualified Thursday to the triple jump final of the 2019 World Athletics Championships in Doha, Qatar, with a jump of 14.31 meters.

The Venezuelan athlete was ranked – a few weeks back- with the second best mark in the history of the discipline (15.41 m), which became a national, South American and Pan American record.

This triple jump final will be held this Saturday, where the 24-year-old athlete will defend her triple title at the Doha World Cup.

Yulimar Rojas , is a Venezuelan athlete specializing in triple jump, who has repeatedly reached the Pan-American podium.

She has competed in a variety of jumps (high jump, long and triple), with personal records of 1.87, 6.57, and 15.02 meters respectively, the last two being national records for Venezuela.

One of the achievements of this young woman was to get the silver medal in this category at the 2016 Olympic Games in Rio de Janeiro.

In this same year (2016) she was recognized by the Circle of Sports Journalists (CSJ) as one of the best Venezuelan amateur athletes.

She was also chosen as the Best Female Athlete of America of 2017, by the Association of National Olympic Committees (ANOC).