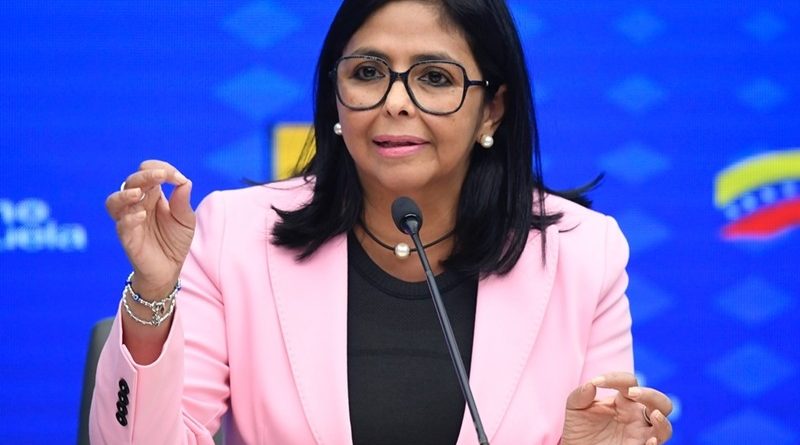 Venezuelan Vice President, Delcy Rodríguez, announced this Sunday the detection of 12 new cases of Covid-19 in the country, for a total of 414 infections. According to the information offered by the vice president in a telephone interview brodcasted by Venezolana de Televisión, 11 of those cases are imported and 1 is by community transmission.

Among other data provided by the vice president, it is worth noting that of the total cases registered so far, there are 193 recovered patients, 100 patients in sentinel hospitals, 93 patients in CDI, 18 patients in clinics, and the number of deaths due to infection is 10.

Detail of the cases

RELATED CONTENT: Three More Mercenaries Captured by FAES in Colonia Tovar – US Led Bay of Macuto Mercenaries Operation
The vice president specified that the six cases in Colombia and the five in Brazil were detected in the epidemiological control, as part of the protocols recommended by the World Health Organization (WHO). In this sense, she explained that the national government is “emphasizing imported cases, because we know that Colombia and Brazil are threatening sources”; 52 of the total cases are imported from Colombia, while 17 are from Brazil.

Of the total number of cases, detailed the executive vice president, 46.6% are recovered. 98% of cases are asymptomatic or present mild symptoms.

In the territorial distribution, Nueva Esparta has the first place in infections with 139; then followed by Miranda, Aragua, the Capital District and Táchira state.