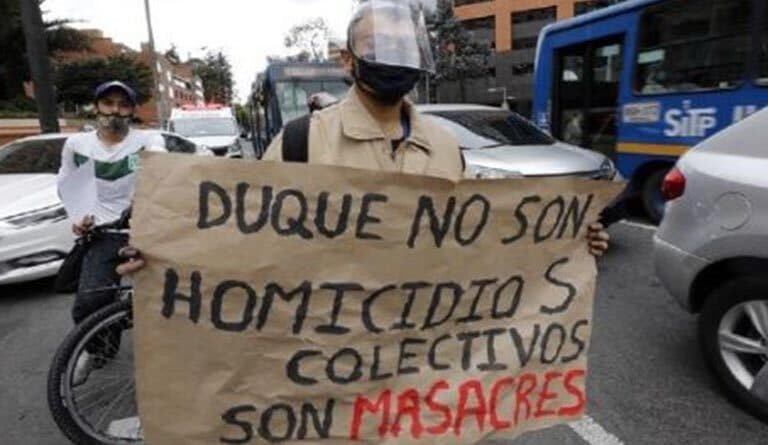 Two women and a man were murdered in a rural area of ​​the Mercaderes municipality, Cauca department, in southwestern Colombia, where six months ago community leader Álvaro Narvaez Daza and three of his relatives were killed.

The Institute of Studies for Development and Peace (INDEPAZ) reported the new massacre this Saturday, which brings the total to seventy so far this year in the South American country. The victims were found by residents of the El Vado village, in the Township of Mojarra, who notified the authorities. A joint commission traveled to the scene to begin the urgent acts of inspecting the scene and the bodies.

The incident occurred in the rural area of ​​Mercaderes municipality on Friday night, when “people entered the home (of the victims) and killed them” with firearms, Luis Angulo, Cauca’s government secretary, told AFP. .

According to the Mercaderes representative Sergio Muñoz, the victims were the daughter, son-in-law and sister of Álvaro Narváez, a community leader who had been murdered along with his son and granddaughter on April 29 in the same house.

Angulo said he did not know the identity and motives of the attackers.

According to the government, paramilitary groups financed by drug trafficking are behind most of the killings, and they wage a fierce fight for the production and export of cocaine through the Pacific to Central America and the United States, the final destination of the drug.

ELN guerrillas, armed groups of paramilitary origin, gangs of drug traffickers and rebels who departed from the peace accords signed by the FARC are fighting for the more than 17,000 hectares of coca leaf planted in Cauca.

Although the historic peace pact lessened political violence, the country is experiencing a conflict that in almost six decades has faced paramilitary guerrillas, drug traffickers, and state agents, leaving more than nine million victims, most of them displaced.

Featured image: At the moment the causes and perpetrators of this double murder are unknown. Photo: EFE