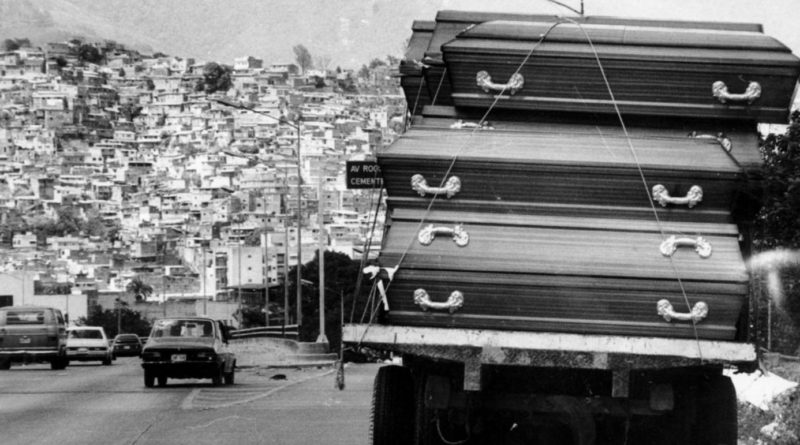 This Thursday, Venezuela commemorates the 31st anniversary of the great popular rebellion of February 27, 1989, better known as “El Caracazo”, a popular explosion that still lives in the memory of the victims who faced the neoliberal system imposed by former president Carlos Andrés Pérez (1989-1993).

During the popular rebellion, “patriotic sentiment” was felt that February 27, a social explosion that Commander Hugo Chavez described as “the spark that ignited the engine of the Bolivarian Revolution.”

On February 27, 1989 what occurred was the spontaneous expression of a people who suffered the implementation of economic policies that demanded the release of price control on food, medicines, public services and fuel, as well as the exchange rate, of the interest rates for bank loans, the elimination of subsidies, cuts in social investment, privatization of public companies, all of which resulted in a high cost of living and food shortages, among other consequences.

The economic formula announced by President Carlos Andrés Pérez was described by the people as an “economic package attack”, as it was subordinated to the interests of the International Monetary Fund (IMF).
For that year, the economy suffered a contraction of 8.1% percent and the inflation rate reached 84.5 percent, an unprecedented figure; while the poverty rate reached 62 percent of the population, with 30 percent of them in absolute poverty.

The austerity measures forced the people to unleash a popular revolt that led to looting and street protests, which was repelled with brutal repression by the State, which brought the Army to the streets with its war tanks.
Venezuelans have remembered “El Caracazo” with massive mobilizations in Caracas and other cities in the country, official government activities, floral offerings and prayers in honor of the thousands of victims and the recognition of all those who were affected.