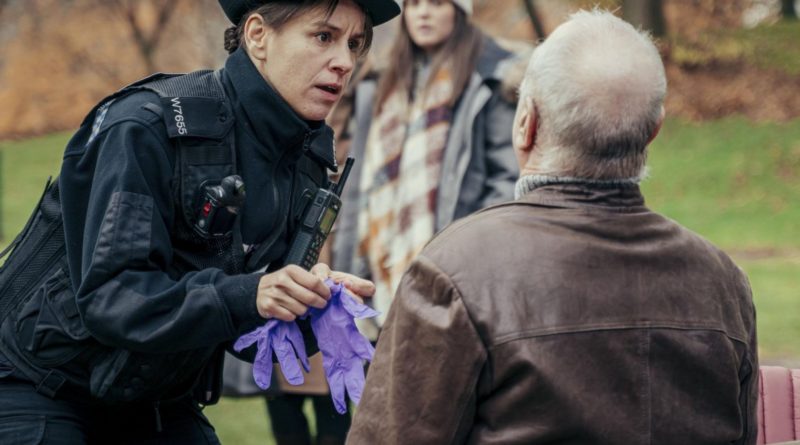 The BBC’s new drama “The Salisbury Poisonings” concluded over the weekend. A three-part story “based on actual events”, claiming to tell the story of the alleged poisoning of Sergei Skripal and his daughter Yulia in Salisbury in 2018.

The Guardian gave it four stars. Because of course they did. Because when you’re dealing with government-backed narrative everything that reinforces it must be described as having value. It’s one of the hallmarks of propaganda, that no story which supports the propaganda – however ridiculous – can ever be questioned, criticised or disputed.

There’s room for an in-depth review, and indeed Craig Murray has done a fine job deconstructing the series. But here, I just want to focus on everything they don’t tell you.

Alison McCourt and her family were walking in Salisbury town centre when they came upon the Skripals convulsing quietly on a park bench in the early afternoon. They were, supposedly, the first people to discover the pair, and Alison and her family stopped to provide aid. Her daughter Abigail was given a special award.

There’s no reason for the BBC to omit this information.

Except that Alison’s full name is Colonel Alison McCourt OBE. And she’s the Chief Nursing Officer of the British Army.

Maybe the BBC thought that the Chief Nurse of the British Army strolling past during the (alleged) first-ever use of a “military-grade” nerve agent was just too unlikely to be believed. Which is fair.

Craig Murray, with his usual dry humour, likens it having James Dyson knock on your door asking for directions just as your vacuum cleaner breaks down. But it’s actually quite a lot less likely even than that. After all, Dyson vacuum cleaners do exist, and lots of people do own them, but – until March 2018 – “novichok” was entirely hypothetical.

Novichok didn’t officially exist in the real world at all, until it popped up just yards away from one of the few people trained to deal with it.

Weird the BBC wouldn’t mention it. But it gets weirder.

Toxic Dagger was a military training exercise involving the Defence Science Technology Laboratory (DSTL) and 40 Marine Commando Brigade. It trains special forces on how to deal with chemical, biological or neurological weapons.

The DSTL headquarters is in Salisbury.

That Russia should attempt to use a neurological agent to assassinate a former double agent right smack dab in the middle of a neurological weapons training exercise is unlikely. That it should also happen in the same city where the exercise is taking place apparently proved too much for the BBC to handle.

Best to just ignore it.

Pablo Miller is a former soldier in the Royal Tank Regiment, a diplomat with an OBE, and possibly current MI6 agent. He lives in Salisbury and was Sergei Skripal’s handler.

Miller’s name was first mentioned in a report for the Telegraph in the days following the Skripal’s alleged poisoning, from which Miller’s name has now been totally removed.

It was later revealed by a Channel 4 reporter on twitter, that the government had issued a D-notice on “Sergei Skripal’s MI6 handler”:

[For our international readers, a “D-notice”, is an act by which the government directs the media to not mention certain facts which they claim might somehow endanger national security. It is not censorship, they’re quite clear about that.]

Sergei Skripal’s MI6 handler being his next-door neighbour, and the subject of government gag, orders didn’t make it into the BBC’s drama either.

Which is weird, because Mark Urban is a BBC employee. He is their diplomatic editor, and personally fronted much of the coverage of the Skripal case when it was breaking news. As Craig Murray points out, despite the series’ regular use of real news footage, and despite it being a BBC production, Mark Urban is never seen once.

He’s not even listed as a consultant despite literally writing the book on the case.

What’s doubly strange about this, of course, is that Mark Urban was in the same Royal Tank Regiment as Pablo Miller. In fact, they joined on the same day, from the same officer training course.

He revealed, months after the event, he had regularly been interviewing Sergei Skripal in the months and weeks before his alleged poisoning. He claimed it was “for a book”.

The book in question was released in October 2018 under the title “The Skripal Files: The Life and Near Death of a Russian Spy”. (The Guardian gave that a good review too).

What he would have called it, and indeed what it would have been about, had the poisoning not happened we’ll just have to guess. It would likely have been very dull, and not sold all that well.

All the talk about Sergei Skripal has been he was a quiet retiree, living out his later years in sleepy Salisbury. Of course, that narrative is somewhat challenged by the facts his MI6 handler is his next-door neighbour, and he’s just a handful of miles from the UK’s military research laboratories.

Mark Urban’s book gives us even more interesting details – such as the fact Skripal’s house was purchased for him by MI6, and he had a special phone he used to contact his “team” at UK intelligence.

All of this paints a picture of a man still very much employed, or least kept on the back burner, by British Intelligence.

The Blogmire has an excellent article breaking all this down, including asking the most pertinent of questions:

How conceivable is it that the house purchase by MI6, for one of their double agents, did not have some kind of security measures in place, including CCTV cameras?

Shouldn’t there be CCTV footage of the alleged assassins walking right up to the door and spraying/spreading/smearing the nerve agent on the door handle?

Of course, the BBC don’t ask this question. They don’t mention any of this at all, despite it all being in a book written by their own diplomatic editor.

Clearly, the makers of the program were given a brief: Take all these harsh angular facts, and force them together into some kind of coherence. Obfuscate where you can, invent when you must.

Their job is to spread a digestible story.

As such, they leave out everything that could implicate the British state, or anything which challenges the story on even the most basic rational level.

They don’t explain how the most toxic substance in the world only affected 5 people in four months, despite contaminating a hotel room, a restaurant, a pub and at least two trains. They don’t explain why, even after one of their officers was taken ill, Salisbury police were guarding the Skripal’s house without any protective equipment.

They don’t mention the ties to Christopher Steele and Orbis Security, or the original reports of fentanyl overdose being redacted after the fact, or that the bottle Charlie Rowley claims to have found was wrapped in cellophane (and therefore never opened). Or any of the other myriad details which render the “official version” obvious, absolute nonsense.

We’ll never know exactly who at the BBC decided to omit all these details. But we can make a pretty good guess as to why.