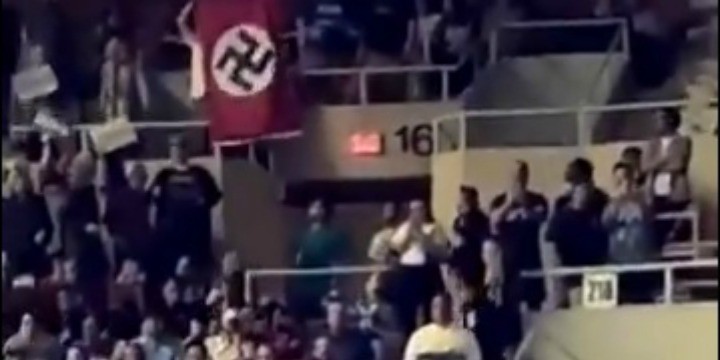 Sen. Bernie Sanders (I-Vt.) held his first rally since Super Tuesday in Phoenix, Arizona, on Thursday night. There were “multiple incidents involving protesters, including one who waved a large flag with a swastika on it,” BuzzFeed’s Ruby Cramer reported from the venue. “The man was immediately removed.” Sanders campaign spokesman Mike Casca said “the senator is aware of the flag with the swastika on it and is disturbed by it.” Sanders, who would be the first Jewish president, did not see the flag at the time but was told about it afterward, Casca added.

He was escorted out by security forcespic.twitter.com/KOLhyJJFxZ