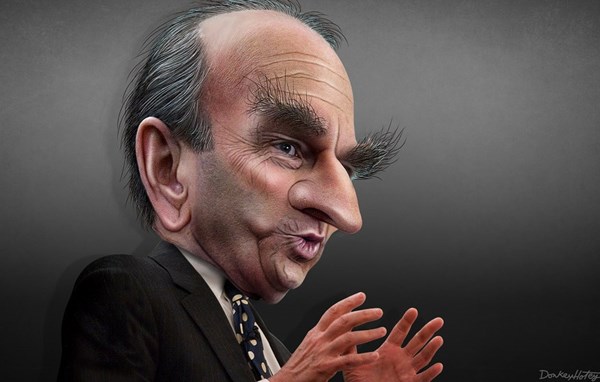 Former US special envoy for Venezuela, Elliott Abrams, blamed opposition leader Henrique Capriles Radonski for having divided the Venezuelan right, adding this opinion to the many explanations already proposed for the failure in the US-led “regime”-change operation against the government of President Nicolás Maduro.

During an interview with the Miami-based extreme right Venezuelan journalist, Carla Angola, Donald Trump’s employee dismissed Capriles’ performance at a time when the White House accelerated its plans to overthrow the Venezuelan president.

“I am a critic,” said Abrams, summarizing his opinion of Henrique Capriles Radonski’s “strategy” as a spokesman for the right. Abrams also recalled that when he took office as “envoy” of the United States government for Venezuela, despite all the forecasts, the opposition sectors remained “united” from 2019 to mid-2020.

“Capriles decided to break that union,” said Abrams. “I think he weakened the opposition and made a mistake in doing that.”

Abrams recalled that, while Washington supported and recognized Guaidó as the “interim president” of Venezuela, the other political movements of the G4 remained united, with the exception of Henrique Capriles.

The plan of the North
On the other hand, Abrams admitted that in other Latin American countries the US achieved “regime” changes because the entire process depended exclusively on the United States. “But Venezuela has Russia, China, Cuba, Iran, and Turkey,” he added, in an attempt to evade any US responsibility for its failed “regime” change.

“We made an American transition plan that proposed a coalition government and amnesty, with a representation of the military in that government,” said the former official of the disgraced Donald Trump administration.

Regarding the ongoing Mexico Talks, Abrams clarified that the sanctions are still in place, and that the arrival of Joe Biden does not imply that the pressure of unilateral coercive measures will come to an end. However, he pointed out that the Venezuelan opposition leadership decided to negotiate, and to see “what happens” in the upcoming elections.

In Abrams’ view, right-wing elements observed that Trump never intervened militarily in the country as they wished, and that Biden never would. They were also unable to galvanize the Venezuelan military or bring millions of people into the streets, so they decided “that the best thing is to see what they can do in politics.”

Abrams also expressed his opinion that Joe Biden’s administration does not participate directly in the dialogue because they do not want to turn the process into a “cold war” against Moscow. “It is a mistake,” said Abrams. “If the Russians are willing to sit down with Maduro, the US should be willing to give full support to the Venezuelan opposition,” he said, trying to equate the international observer role of Russia within the Mexico Talks with the “regime”-change campaign promoted by Washington.