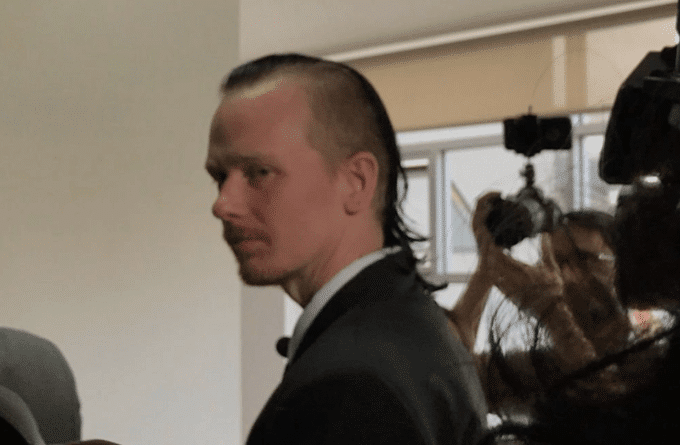 The arrest, sentencing and the plans for the extradition of Julian Assange from the United Kingdom to the United States continue to provoke waves of condemnation from all around the world, along with disgust at the government of Ecuadorian President Lenin Moreno and its increasing subordination to the US.

This was the first time in living memory of many that a government allowed a foreign law enforcement agency to enter its sovereign territory – the Ecuadorian embassy in London – and take into its custody a publisher of journalism, whose status as a refugee had been recognized internationally by the United Nations, the Inter-American Commission on Human Rights, Amnesty International and other international organizations.

As confirmed by a number of investigative articles and publications, this act of political cynicism was motivated by the acquisition of $4.2 billion in IMF loans, as well as the revelations published by Wikileaks of secret offshore bank accounts in Panama operated by Moreno’s family members, known widely as the “INA Papers scandal”.

However, the persecution of Assange is part of a much wider campaign of repression against free speech and persecution of political opponents by an increasingly unpopular and desperate Moreno government.

The political persecution of Ola Bini
Ola Bini, the Swedish software developer, internet activist and a long-time advocate for internet privacy, was arrested and held in detention for almost 30 hours without a hearing on April 11th in Quito, Ecuador. He was accused of collaborating with Julian Assange and attempts at illegal computer hacking. Once the hearing commenced, no official charges against Bini were presented, with the legal authorities instead asking for 90-day pre-trial detention.

Along with the absurd allegations that he collaborated together with yet-to-be-named “Russian hackers” inside the country, the only pieces of evidence presented against Bini were his personal friendship with Assange, his visits to the Ecuadorian embassy in London and his public support for the work of Wikileaks’ exposure of war crimes and government corruption around the world. The local court of Pichincha’s decision of May 2nd to deny Bini an appeal and return him to El Inca Detention Centre was allegedly based on Bini’s possession of books on privacy rights and hacktivism, as well the apparent fear that he would flee the country. In other words, Bini was being prosecuted entirely on the basis of his political sympathies.

Bini’s legal team and a number of prominent political figures around the world consider the Swedish national to be a political prisoner of the Moreno government. They insist that his prosecution was a public relations ploy to further criminalize Julian Assange and silence any evidence of Moreno’s corrupt personal dealings.

In a letter published on May 6th, Bini detailed his experiences in Ecuadorian penitentiary detention, describing it as a “maddening mixture of long stretches of isolation and boredom interspersed with random threats and acts of violence.” Despite his ordeal, he does not feel any grudge towards Ecuador or its people, insisting instead that he “has his life here and, if he was allowed to, he would continue to live it there.”

Moreno’s assault on critical media
Moreno’s disregard for human rights and the freedom of speech have manifested into a widening campaign to censor radio stations, news portals and websites publishing information critical of his government. He has taken strong measures to suppress coverage of the “INA Papers” scandal and illegal funding received from the Chinese construction company, Sinodyro.

So far, outlets including Ecuadorenmediato, the Ruta Kritica online journal, Radio Pichincha Universal, and the Hechos Ecuador website have been either censored, experienced a large number of online attacks, had their broadcasting signal cut or have been forced off-air by the Ministry of Communications or the Moreno government supporters.

Furthermore, many journalists and communication experts who have actively opposed the government of Lenin Moreno like Fernando Alvarado, Marco Antonio Bravo, Carlos Bravo, Patricio Pacheco, Carlos Ochoa and Richard Macias have also suffered persecution and harassment at the hands of pro-Moreno forces.

Cracking down on progressive political forces
Moreno is also ramping up his persecution of the historic leaders of Correa’s progressive “Citizens’ Revolution.” A pre-trial arrest warrant was issued by the Ecuador attorney general against Ricardo Patiño, the former minister of Defense, Economy and Foreign Relations, on charges of “inciting of violence.” The warrant was based entirely on a speech Patiño gave at an internal meeting of his political party in October 2018 in which he called for “combative resistance” and the “seizing of public institutions” as the best means to overcome Moreno’s neoliberal policies and repression. Patiño was among the most prominent of leaders in Correa’s government, playing a crucial role in the establishment of the Union of South American Nations (UNASUR) while helping to arrange asylum for Assange. Patiño left the country on April 17th and is residing temporarily in Mexico, a country that he enjoys a personal and political relationship with.

The political and psychological warfare waged against Correa and his inner circle appears to be entering into new stages of absurdity, as Moreno’s government feels more and more pressure from the fallout of the INA Papers scandal. Jorge Glas, the former vice-president, remains incarcerated at the Latacunga prison in Quito on the charges of corruption resulting the alleged taking of bribes from the Brazilian construction company, Odebrecht. In a case similar to that of Lula da Silva of Brazil, the legal case against him is widely considered to be politically motivated and riddled with irregularities and absence of hard evidence. Glas is considered one of the key historic leaders of the Citizens’ Revolution, responsible for the planning and construction of several mega energy projects, such as the Coca Codo Sinclair Hydroelectric plant.

In an attempt to further invalidate the legitimacy of Correa’s and Glas’ 2013-2017 term in office, Moreno’s government and the attorney general’s office have now began producing claims and alleged testimonies that the Odebrecht construction company had been involved in the illegal financing of the 2013 electoral campaign of Correa’s Allianza Pais for the presidential and general elections that year.

Two more of Correa’s advisors from his time in office, Pamela Martinez and Laura Terán, were detained on May 5th after the discovery of emails and communications allegedly showing a transfer of up to 11.6 million dollars from the Brazilian construction giants into the account of Allianza Pais political party during the period of 2013-2014, in a case that has now become known as “Arroz Verde.”

Yet a key witness in the case against Jorge Glas named Conceição Santos has not produced any testimony regarding any financial transfers to Allianza Pais during that time. Even the time period of the transfers does not appear to correspond to the electoral campaign, as Correa and Glas were elected in February 2013 with an overwhelming majority of 57.17% of the vote.

While Moreno loyalists expand their crusade of legal persecution against their perceived foes, Ecuador’s attorney general has yet to take any concrete actions against the concrete and well-documented cases of corruption in Moreno’s inner circle like the “INA Papers” scandal.

The stunning inaction perfectly illustrates the cruel irony of “justice” under a neoliberal, US-aligned government, as activists, journalists and progressive leaders are criminalized to deflect from the chicanery of a failing and increasingly desperate political elite.

Denis is a Russian-Australian freelance writer, journalist and researcher. His articles, interviews and analysis have been published in a variety of media sources around the world including Jacobin, Le Vent Se Léve, Sputnik, Green Left Weekly, Links International Journal, Alborada and others.