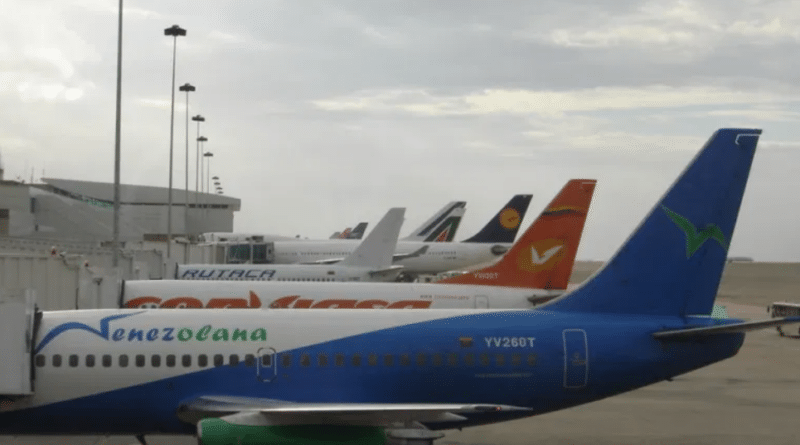 The measure comes into force starting from this Sunday, December 13, according to statements from Copa and Turpial Airlines. Venezuelan governmental aviation agency has not officially communicated the reasons.

Aviation companies Copa Airlines and Turpial Airlines notified through separate communications that the National Institute of Civil Aeronautics of Venezuela (INAC) has canceled all flights between Panama and Venezuela starting from this Sunday, December 13.

A similar measure was adopted a few days ago with flights to and from Dominican Republic. Reports at that moment indicated that the decision was taken by Venezuelan authorities due to weak COVID-19 bio-safety protocols in Dominican Republic causing the arrival of dozens of infected passengers in Venezuela. A few days later that measure was lifted by INAC.

RELATED CONTENT: Foreign Minister Arreaza to US ‘Ambassador’: Your Office in Caracas Awaits You 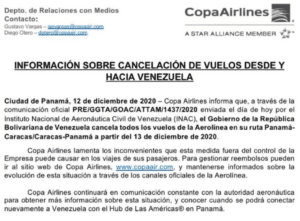 Copa Airlines disclosed in a statement that it received an official note from the National Institute of Civil Aeronautics of Venezuela (INAC) this Saturday, December 12, through which it was informed that “the Government of the Bolivarian Republic of Venezuela cancels all flights of the airlines on its Panama-Caracas/ Caracas-Panama route from December 13, 2020.”

“Copa Airlines regrets the inconvenience that this measure beyond the control of the company may cause its passengers,” the statement said.

The airlines directed its affected clients to “request refunds” through the Copa Airlines website, www.copaair.com, and to “stay informed about the evolution of this situation through the official channels of the airlines.”

It added that “the airlines will continue to remain in constant communication with the aeronautical authority to obtain more information about this situation and to know when it will be possible to connect to Venezuela again.”

Due to the ongoing pandemic, last November Venezuela extended until February 11, 2021 the closure decreed last March of its international airports for commercial flights, with the exception of the routes with Mexico, Iran, Dominican Republic, Turkey, Panama, Bolivia and Russia. 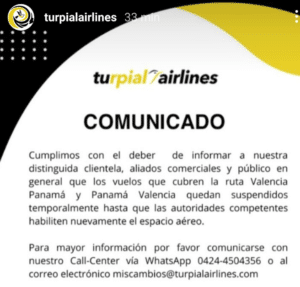 Until now, Copa only operated the Panama-Caracas/ Caracas-Panama route to Venezuela on Tuesdays, Thursdays and Sundays.

The Panamanian flag carrier, like many other airlines, organized some humanitarian flights to repatriate Venezuelans stranded in Panama during the closure of the aereal borders of the Central American country due to the ongoing pandemic.

Earlier Copa Airlines was forced to suspend its flights to Venezuela due to diplomatic crises between Venezuela and the Panamanian government which followed the US and Lima Group aggression against the legitimate government of Nicolás Maduro.

Until now, the governmental institute (INAC) has not officially communicated the reasons for the suspension of airline operations.