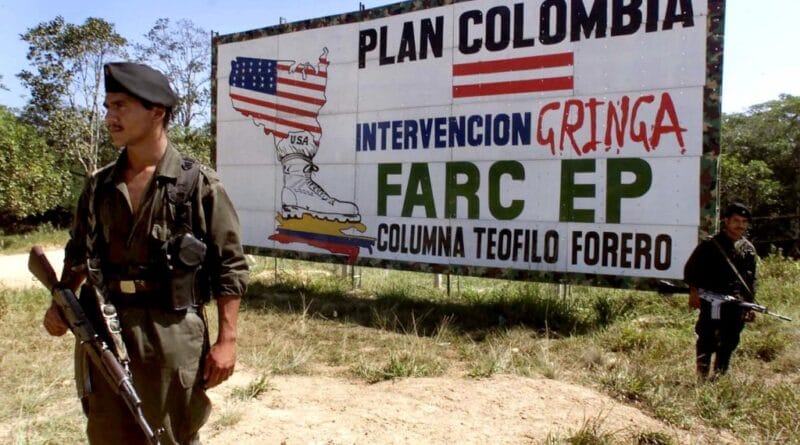 Venezuelan philosopher and political analyst Miguel Ángel Pérez Pirela analyzed the failure of Plan Colombia to combat drug trafficking in the neighboring country, a failure that was recently admitted by the Political Drug Commission of the United States House of Representatives. However, from their point of view, it can be valued as a success by Washington in controlling Colombian territory and in establishing a beachhead to militarily intimidate the countries of the region.

“It was a failure in the fight against drugs, which, precisely, was the excuse from which Plan Colombia was developed,” reflected the expert. “But if you ask me if it was a failure to take Colombia as a beachhead to threaten not only Colombia but also the other countries in the region, then I can tell you that there it was a total success.”

In his opinion, this announcement by the Political Commission on Drugs of the House of Representatives of the United States Congress should be noted with care, as this does not necessarily indicate the abandonment of the Plan; rather, it could be a step to take it to another level or to change it.

The 117-page report, which was partially disclosed by some US media before being presented officially, “specifies that for a couple of decades the United States has allocated $11.6 billion for Colombia to ‘combat drug trafficking,'” out of which $10 billion have been earmarked for Plan Colombia, which constitutes “the largest and longest-lasting bilateral aid program in this hemisphere,” commented the analyst.

In any case, apart from the amounts allocated by the White House for Plan Colombia and its recent assessment as “failure,” Pérez Pirela stressed that the government and the United States Army “are completely planted in Colombian territory, with more than ten military bases.”

This led him to point out that the US presence in Colombia has neither calmed down the violence, nor has it reduced the cultivation of coca nor the production of cocaine, nor has it helped the country to achieve “a political equilibrium,” but everything to the contrary.

“At this moment Colombia is breaking all records—this year, precisely—in massacres,” continued Pérez Pirela. “The massacres in Colombia continue…which makes us think that Plan Colombia failed, but only for the Colombian society, for Colombian politics, for the Colombian people. It was a resounding and total success in the occupation—formal or informal, direct or indirect—of the Colombian territory by the United States,” he concluded.