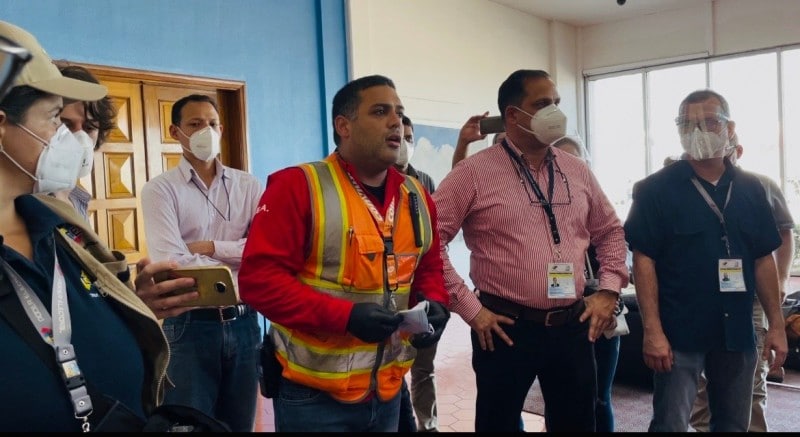 Caracas, Venezuela – 60 international observers of the Venezuelan election were stuck at the airport December 8, for a flight to Mexico. The flight kept getting delayed and delayed. After six hours of waiting, people were sleeping on the floors, tables and couches. Then the head of Conviasa’s national flights spoke to the observers in the airport and said that Venezuela asked Colombia permission to have observers fly over Colombia to return home. Colombia approved it. Two hours before the flight was going to leave, they denied the flight route. He said, “This has happened many times. They do this to try to control us.” He told us that this is part of blockade and is a form of oppression, and that they suffer under these attacks every day. “As observers, you should show the world the oppression and how the blockade affects us.”