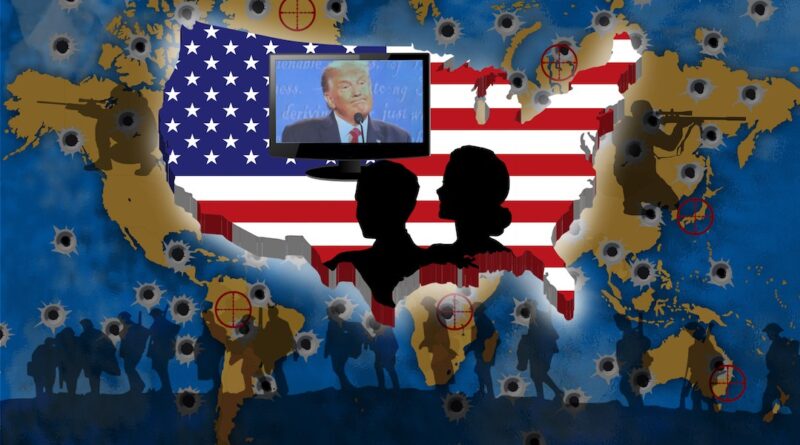 Ever since November third the American political/media class have been keeping Democrats fixated on Trump’s post-election shenanigans with garment-rending urgency, now going so far as to call for yet another oxygen-sucking impeachment as he’s on his way out the door while millions of Americans are struggling just to meet their basic needs.

You wouldn’t know it from the dominant chatter, but Trump’s impotent attempts to reverse the election results don’t rank anywhere remotely near the top ten worst things this president has done while in office, which include vetoing attempts to end the world’s worst mass atrocity in Yemen, escalating world-threatening cold wars with both Russia and China, murdering untold tens of thousands of Venezuelans with starvation sanctions, pushing Iran to the brink of war by assassinating its top military commander, expanding the “war on terror” and rolling back airstrike regulations designed to protect civilians.

I point this out because it’s good to note, as Trump leaves office, that he spent his entire administration advancing murderous imperialist agendas which spilled very real blood from very real human beings while mainstream America barely even noticed. Their attention was drawn instead to endless narrative theater which had no impact whatsoever on the concrete actions taken by the US government’s executive branch. Their gaze was kept fixated on meaningless political drama while the war machine marched on unseen.

BREAKING: Kanye West and Kim Kardashian are getting a divorce. (via @nypost) pic.twitter.com/cPqgweLszS

Americans are famously uninterested in the rest of the world, to such an extent that you can only get them to watch a British sitcom if it’s remade with American actors and they don’t know that having your nation’s flag flying all over your neighborhood isn’t normal. The story of Kanye and Kim’s divorce is going to generate more news media views than the entirety of the Yemen war since it began. This lack of interest in war and foreign policy is mighty peculiar, seeing how the people who run their country make it their primary focus.

Americans fixate on America while ignoring the rest of the world not because they are genetically prone to self-obsessed navel gazing, but because their attention is being constantly and deliberately manipulated away from the stage upon which their government is perpetrating monstrous acts.

The nationless alliance of plutocrats and government agencies who drive the US government’s foreign policy cannot have the common riff raff interfering in their affairs. Immense amounts of energy have gone into preventing the rise of an antiwar movement in the hub of the empire like the one which began shaking the earth in the sixties and seventies, with propaganda playing a leading role in this suppression. The US is far too important in the operation of the empire-like power alliance which sprawls across the earth to permit its inhabitants to interfere in its operations by using the power of their numbers to force their nation’s wealth and resources to be used at home. So propaganda is used to hold their attention inside America’s borders.

“The danger for American elites is not that the U.S. may become less able to accomplish geopolitical objectives. Rather, it is that more Americans might begin to question the logic of U.S. global hegemony,” writes @RichardHanania: https://t.co/VagDuHnUFw

In an excellent Palladium essay published last month titled “China’s Real Threat Is to America’s Ruling Ideology“, Richard Hanania argues that the example China sets as a nation rising to superpower status by relatively peaceful and lawful means is deeply threatening to the orthodoxy promoted by western imperialists. If the world in general and Americans in particular were to become more conscious of how a civilization can succeed and thrive without waging endless wars in the name of “freedom” and “democracy”, they might begin calling for such an order themselves.

“While most Americans will never experience a ride on a Chinese bullet train and remain oblivious in differences in areas like infrastructure quality, major accomplishments in highly visible frontiers like space travel or cancer treatment could drive home the extent to which the U.S. has fallen behind,” Hanania concludes. “Under such conditions, the best case scenario for most Americans would be a nightmare for many national security and bureaucratic elites: for the U.S. to give up on policing the world and instead turn inward and focus on finding out where exactly our institutions have gone wrong.”

In other words, China’s rise threatens to reverse the carefully-engineered dynamic which has Americans looking inward while their government points its attention outward. If Americans begin turning their gaze internationally and use the power of their numbers to force their government to heal and nurture their crumbling nation, it would spell the end for the imperialists. But it could also be the beginning of a peaceful and harmonious world.