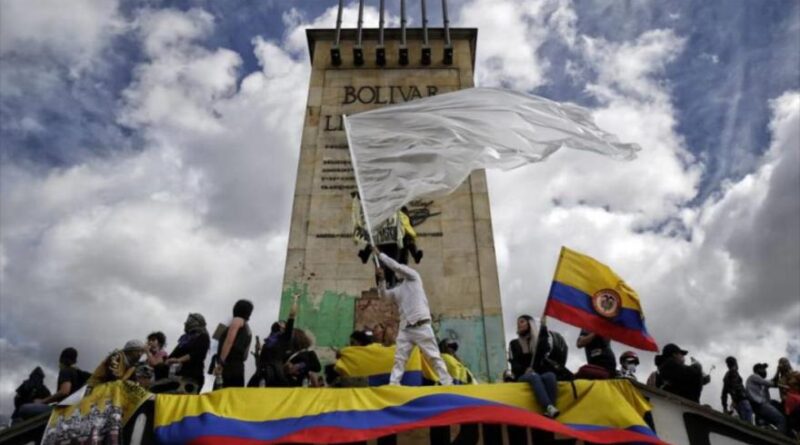 On Wednesday, May 19, following 22 days of marches against the government of Iván Duque, the Colombian Congress shelved the recently proposed health reform bill.

With 27 votes in favor and 5 against, the seventh committees of the Senate and House of Representatives of the Congress of Colombia rejected reviewing the health reform bill proposed by the government of the country’s president, Iván Duque.

The health initiative, also called Bill 010, is the second to sink in the legislature in less than a month, following the withdrawal of the tax reform bill on May 2 after four days of protests. The national strike began on April 28, and was immediately met by police brutality against demonstrators. Both bills were promoted by Duque.

RELATED CONTENT: Selective Assassinations: The US Agenda for Colombia

Reactions
Faced with the decision, the Colombian Medical Federation, a great critic of the overturned project, stated that “thanks to the great social mobilization that the country has experienced in recent days, they have just rejected, in the joint chambers of the Congress of the Republic, passing the disastrous Bill 010.”

Similarly, Senator Wilson Arias applauded the fact that the “eyesore has definitively fallen. One more victory for the people!”

Colombians are still in the streets
In response to the call to carry out a “march of millions” on Wednesday, Colombians took to the streets of the main cities of the country, while blockades and, in some cases, acts of violence were recorded, in the presence of legislators such as Gustavo Petro, in addition to continued police repression.

At one meeting point in Bogotá (capital of Colombia) about two thousand people gathered and cases of violent intervention by the riot police (ESMAD) were reported.

According to the latest reports sent by local media, the public security forces in the city of Medellín tried to disperse demonstrators by using tear gas to prevent the march from advancing.

Although the withdrawal of the tax and health reforms meet two of the strike committee’s demands before calling a halt to the national strike, it cannot yet be said that the social outbreak is close to ending, as the protests have also been fueled by a general discontent against the state. This wave of demonstrations can be dated back to mass marches in November 2019. In the renewed uprising since April 28, some 50 Colombians have died and 600 have been injured.