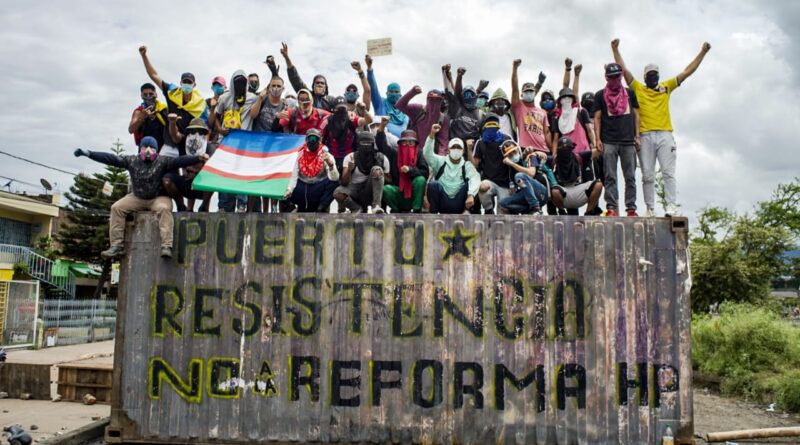 We have always been together, but it is only now that we are really together. We have always known each other, but it is only now that we are just starting to know each other. Who are these unyielding and emphatic girls and boys who are now speaking to us for the first time? They are what we once were, they dream what we once dreamt; they are doing at last what we had always wanted to do. They have been here for centuries and yet, they have just been born, and through their lips speak these seas and through their hands run these rivers, and they are of all races: they were born in the valleys, in the mountains, in the coasts, in the cities.

They are the voice of a country that is discovering its dignity, that at long last is demanding what has been its due for centuries: the homeland we all deserve, the stolen happiness, the dead carried away by the rivers, the bread that was not laid on the tables of all of us but those of a select few, the education they made us think was a luxury, when it should be everyone’s most basic right.

What do these youngsters want? Well, they want what every bird wants: to fly and sing; what every river wants: to follow its own course; what every life dreams: to celebrate the world, to deserve a destiny. They want to enjoy this brief time called life bestowed upon us all without that bitter aftertaste reminding us that the earth belongs to only a few; that an authentic life is for hardly anyone; that we have to let the ideas in our heads wither away, as well as the talents in our hands and the love in our hearts, because the country has only four owners; because those who own the land, instead of making it produce, surround it with barbed wire; because those who believe that they own the culture, keep it inside a safe deposit box.

Forward, children of this proudest and most courageous age! You deserve it all: do not settle for meagre crumbs. The State says that it will grant you free higher education. It might be a wise choice, but it is not enough. As many young people have not even been able to finish high school, how will they enroll into university even if tuition fee is not charged? Many don’t have food at home, and many have little children to take care of.

Hence, it is education itself that must change. We have seen many university graduates who cannot find a place in society, and many have to look elsewhere for what their country should have given them. Here, diplomas and degrees are not enough: we need a country that offers alternatives, that values our abilities; whose goal is to elevate us and not to make us endure this everyday disdain.

It is only in this way that times change: when each and every one of us knows their worth, and does not resign themselves to pleading, but demands and proposes change, and makes it prevail.

Some will say that it is a lot of concession not to charge the young for education. I say that society should pay them to learn. Let them be doctors, engineers, mathematicians, chemists, and architects. And, while they occupy themselves with studying, they should be guaranteed healthcare, income, leisure time, things that some have always taken for granted and the majority have never had.

It is easy to understand what a great country we would become if the creativity and capabilities of the young were fostered. And if education is a country’s best investment, why should anyone have to pay so much for it? The country should invest in all its youth, not just in a few, and not leave the rest in the threshold between life and death. Let each one of them attend to their role: let them be business owners, artists, farmers, artisans, traders, musicians, inventors.

RELATED CONTENT: New Murder Added to Over 40 Victims of Police Repression in Colombia

Let the country now open its classrooms of mountains and rivers, seas and prairies, it is there where the most necessary sciences can be learnt: how to purify water; how to save the world; how to grow crops organically; how to produce healthy food; how to shift towards green energy; how to protect the bees and the jaguars; how to clean the rivers; how to generate a just economy; how to create an industry that does not pollut;, an architecture that speaks with nature and the climate; how to build beautiful cities that are kind to its inhabitants.

Not all the possible professions have already been invented; the world constantly reminds us that there is still a lot to create, a lot to transform for a new way of inhabiting the earth, and all this is sprouting. And, what you young people are doing today, demanding with courage, struggling with steadfastness, and gaining the respect of the conceited and—almost always—corrupt powers, is part of this new world that is being born.

No, it is not just Colombia that is waking up in Puerto Resistencia and in all the other ports of resistance in the country: this is a new world. It is the future they had stolen away from us; it is the joy they had forbidden us to manifest; it is the negated solidarity; it is the immense hope in rescuing a crumbling planet and, perhaps, in front of you there stand other youngsters in uniform who know that they need the same future.

It is the ancient certainty that the voice of the people is the voice of God, and that the young are closest to nature and are the best allies of life. It is the proof that vitality, beauty, and joy are gifts that nature has bestowed upon our race to let us know how to be reborn, in due time, from the ashes, so that we can reinvent the world.