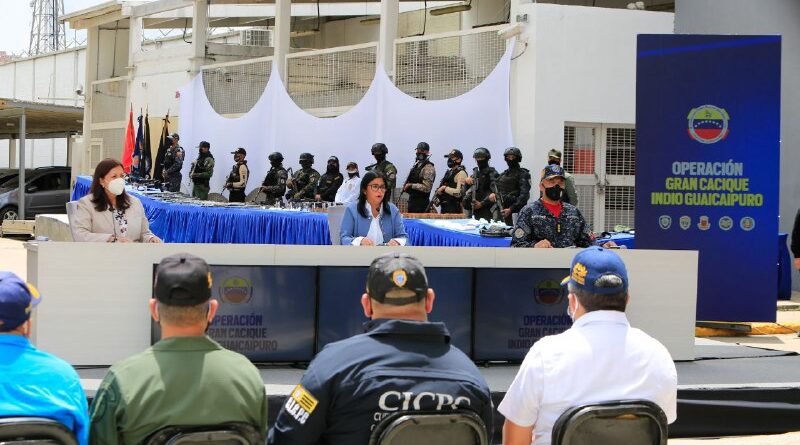 With the arrest of three Colombian paramilitaries in the framework of the security operation Gran Cacique Indio Guaicaipuro in Caracas, the Cota 905 locality and surrounding areas of the capital that criminal gangs had kept under control for two days have been liberated.

Executive Vice President of the Bolivarian Republic of Venezuela, Delcy Rodríguez, has reported on the seizure of an arsenal of US and Colombian-made weapons that the captured paramilitaries and the armed gangs had in their possession to perpetrate crimes of terrorism in the capital.

”One of the detainees confessed that they had received training from Colombian paramilitaries,” informed the vice president. Continuing, she decried the fact that it is precisely the United States and Colombia that are the only two countries that have not signed the UN international convention on the prohibition of the use of mercenaries. 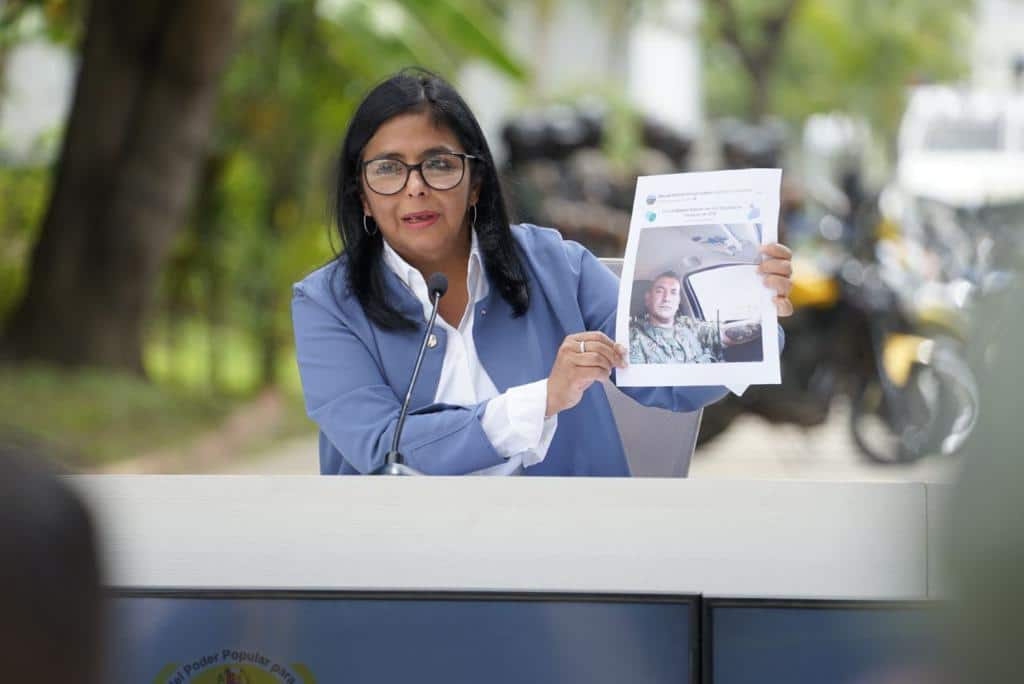 Rodríguez added that it was thanks to the social intelligence work and the contribution of the intelligence specialists of the security agencies that it was possible to neutralize the armed groups that had caused anxiety and terror in multiple localities in the national capital.

Likewise, Vice President Rodríguez emphasized that the information that Venezuelan authorities have collected from the detainees must cause deep distress to Leopoldo López, fugitive from Venezuelan justice, and also to Colombian President Iván Duque. ”We will continue to advance, gaining victories in the protection of the people and the most vulnerable,” Rodríguez assured.

Geopolitical context
Presenting a report of the Gran Cacique Indio Guaicaipuro Operation that was carried out by security forces in the Cota 905 area of Caracas, Vice President Rodríguez reflected on the coincidences of the events in Venezuela with the events in Haiti where the President Jovenel Moïse was assassinated, and recent visits to Colombia by senior US intelligence and army officials.

Rodríguez reminded of the trip that US Southern Command chief Craig Faller made just months ago to Colombia, in order ”to establish coordination” with Venezuela’s neighboring country. During the visit, Faller stated publicly that Cuba, Venezuela and Nicaragua are direct threats to the United States. ”At that time, he [Faller] declared that the only way to counteract these threats is to strengthen US partners in the region, such as Colombia and Brazil,” added the vice president.

She also highlighted the June 29 visit of the CIA chief to Colombia, a tour in which no photos of him were taken with Iván Duque. This happened at a time when the Colombian people continued peaceful protests that were met with forces of extermination by Colombian security forces.

Moreover, Rodríguez made reference to the fact that the last three presidents of Colombia have all tried to invade Venezuela in some form or other. She highlighted the Daktari farm incident of 2004 when they tried to assassinate Commander Chávez and the drone attack against President Nicolás Maduro in 2018. The vice president noted that the explosives used in these incidents were supplied to Venezuelan and Colombian extremists by Colombian officials. Fortunately, these operations were foiled.

The same old script
Rodríguez commented that the May 2020 events surrounding the so-called Operation Gideon established the links between Colombian and US operatives and Venezuelan traitors. In this regard, Rodríguez referred to the recent assassination of the president of Haiti, Jovenel Moïse, which was also carried out by mercenaries, similar to what Juan Guaidó had tried to do with mercenaries in Operation Gideon. The governments of both the United States and Colombia were well aware of the operation that was occurring in Venezuela back in May 2020.

Vice President Rodríguez also mentioned that Iván Duque’s security advisor, Rafael Guarín, has admitted that one of the terrorists responsible for the assassination in Haiti is his cousin, Mauricio Grosso Guarín.

“The company that hired the Colombian mercenaries belongs to a pro-Juan Guaidó activist, Antonini Itriago, head of a Florida based security agency,” Rodríguez added the now well-known fact. ”Itriago has repeatedly called on social media for the assassination of President Nicolás Maduro.”