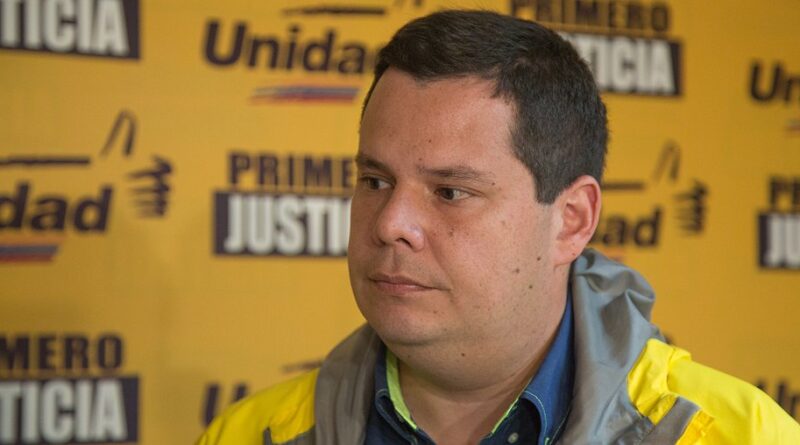 The leader of Primero Justicia, Juan Carlos Caldera, questioned the absence of self-criticism in the statements offered by the fugitive from the Venezuelan justice Lepoldo López, whom he accused of being the father of several of the mistakes that the Venezuelan opposition has made.

“One of the things that I did not see in Leopoldo’s press conference is self-criticism. He is the father of several of the mistakes that have been made and yesterday I did not see any self-criticism, which is something we should be able to do without worry because politicians are human beings,” he said during an interview with journalist Vladimir Villegas in his show Vladimir a la 1.

Caldera considered that currently within the opposition leadership there is “the need for a thorough review of how things are going,” which he pointed out must be aimed at promoting greater empathy with the needs of Venezuelans, respect for opposing opinions, and self-criticism, which he considered “necessary and urgent.”

“We need to have a capacity for self-criticism. It’s impossible that after two years we say that everything is fine and we have to continue the way we are going. I think that is a big mistake,” he said.

Guaido’s AN on embers
Among the changes that Caldera must carry out in the opposition, and in particular in the so-called G4, is the question of what to do with the so-called “interim government,” and the future of the so-called “National Assembly” (AN) headed by Juan Guaidó.

“We have to radically shake up what’s happening in the opposition to tackle 2021,” he said, offering that “the deputies have different positions but I think there is a clear understanding that the AN model is exhausted.”

“Personally, I think that what we have today, with the plenary meeting every week, I think that should cease on January 4 and enter a new stage to see what functional structure can be given that maintains recognition. I don’t see a full parliamentary exercise like the one seen so far because it’s not in the mind of the majority of parliamentarians,” he said, referring to a collapsed AN.

Capriles got tired
Caldera also referred to the position initially assumed by Henrique Capriles, who raised the need to participate in the parliamentary elections, a proposal that he abandoned a few days later.

“My criticism of Capriles is that things cannot be done overnight. A path like the one Capriles proposed had to be done months in advance, and I think that personally he had to maintain his position a little longer; he needed to sweat it out a little more, not as a candidate but as a leader seeking to build an electoral path,” he said.

Guaido’s “consultation”
Regarding the so-called “popular consultation” proposed by Juan Guaidó in order to “legitimize” the extension of his self-proclaimed “interim government,” Caldera dismissed its legality or significance by qualifying it as another political act of “mobilization.”