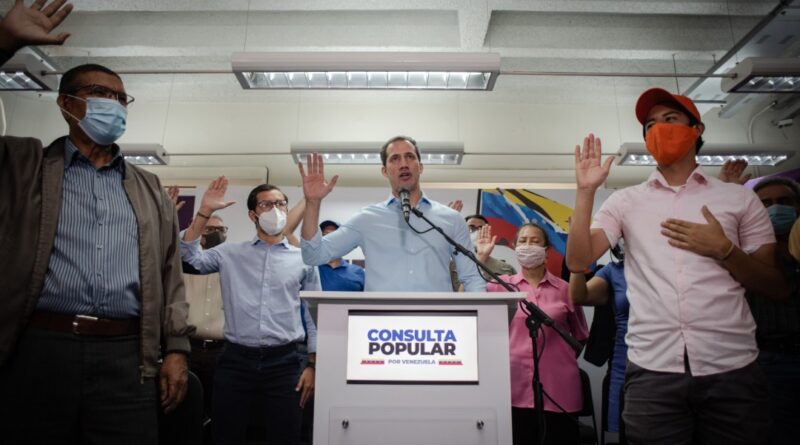 The president of the Datanálisis polling station and prominent anti-Chavista operator, Luis Vicente León, affirmed that more than 70% of Venezuelans have no idea what Juan Guaidó’s “Popular Consultation” is, what it’s for, or when it will be done.

“Juan Guaidó initiated this new maneuver—like many of his initiatives—with no clear goal, but with the simple aim of presenting the illusion that he’s doing something,” a political expert stated to Orinoco Tribune. “Following US directions, he launched the idea of this so-called consultation just after announcing that they weren’t going to run in the upcoming Venezuelan parliamentary elections, scheduled for December 6. Nobody’s really talking about it, and of course no one knows what it’s all about.”

“But of course it is certain that if CNE announces that six million Venezuelans participated in the parliamentary elections,” he added, “Guaidó and his cronies will scream, that same night, that they got twelve million online votes, using the same transparency as US elections. This is Guaidó firing his last round before becoming cosmic dust, politically speaking.”

“There is a significant level of ignorance. More than 70% of Venezuelans do not know what it is, what it means, or even when the Popular Consultation is going to happen,” said León in a video-call interview on the Primera Página program broadcast on the Globovisión TV channel.

León noted that it’s becoming increasingly difficult for the opposition to achieve effective communication about the “consultation” as well as to generate debate around that “event.” The head of Datanálisis said that although the majority of Venezuelans want changes in policy, “they don’t identify with the opposition leaders, nor with the call for the Popular Consultation.”

He also stressed that the image, popularity and acceptance of Juan Guaidó “has shown wear”, because the opposition sectors thought that Guaidó “was the hope for a change.” Similarly, he said that in terms of credibility and leadership “there is a void”, because it seems that the country is “being paralyzed” by an “opposition that remains abroad and is losing its identity.”